EUR/USD was trading sideways during Wednesday’s quiet trading. This week is expected to be extremely light on economic reports. As a result, traders turned their attention to other events, like reports about a possible delay of tax cuts in the United States for a year.
US crude oil inventories increased by 2.2 million barrels last week and were in the upper half of the average range for this time of year. That was a surprise to analysts who were expecting a drop by 2.5 million, about the same as the decrease by 2.4 million the week before. At the same time, total motor gasoline inventories dropped by 3.3 million barrels and were in the lower half of the average range. (Event A on the chart.)
Yesterday, a report on consumer credit was released, showing an increase by $20.8 billion in September from August. It was a bigger increase than $18.4 billion predicted by experts and $13.1 billion registered in August. (Not shown on the chart.) 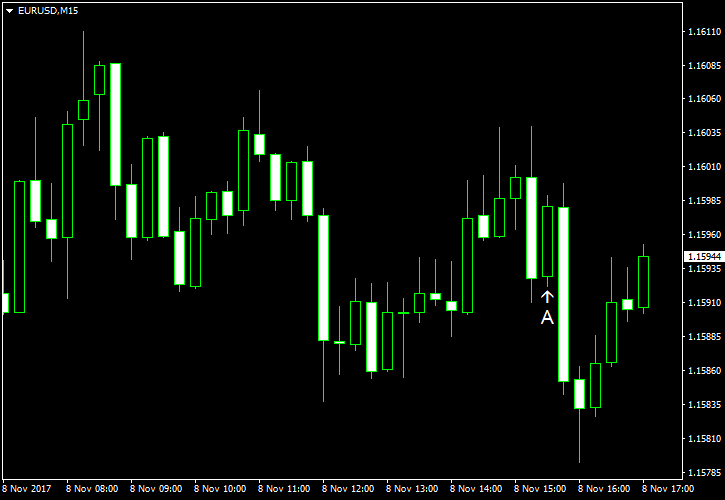