EUR/USD attempted to rally today but erased gains following the release of a US new home sales report. The data showed that the sales climbed to the highest level in a decade. This week should be much more eventful than the previous one, which was light on news due to the Thanksgiving holiday in the United States. This week, on the other hand, will have plenty of events that should be important to the US dollar.
New home sales were at the seasonally adjusted annual rate of 685k in October, up from the September’s downwardly revised rate of 645k (667k before the revision), That is instead of falling to 627k as analysts had predicted. (Event A on the chart.)
On Friday, Markit released a flash report about US manufacturing and services PMIs in November. Manufacturing PMI was down from 54.6 to 53.8, while services PMI was down from 55.3 to 54.7. Both indices were below the forecast values — 55.1 for manufacturing and 55.5 for services. (Not shown on the chart.) 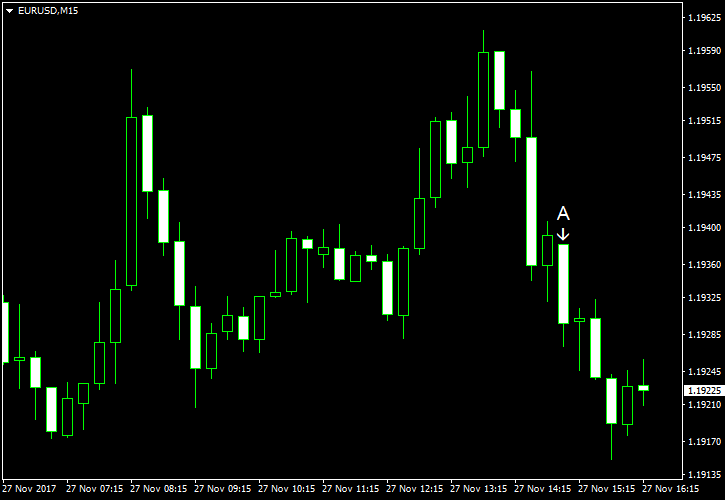