EUR/USD declined today even as German Chancellor Angela Merkel managed to secure a deal to form a coalition government. The dollar was extremely strong today even though there not many fundamental reasons for that.
US crude oil inventories rose by 1.9 million barrels last week and were in the middle of the average range for this time of year. That is compared to the average forecast of 3.2 million and the previous week’s gain by 6.8 million. Total motor gasoline inventories increased by 3.4 million barrels and were also in the middle of the average range. (Event A on the chart.)
Consumer credit rose by $18.4 billion in December, missing the average forecast of $19.9 billion. The November increase was revise from $28.0 billion to $31.0 billion. (Event B on the chart.)
Yesterday, a report on trade balance was released, showing an increase of the deficit to $53.1 billion in December, up from $50.4 billion in November, versus the consensus forecast of a $52.1 billion deficit. (Not shown on the chart.) 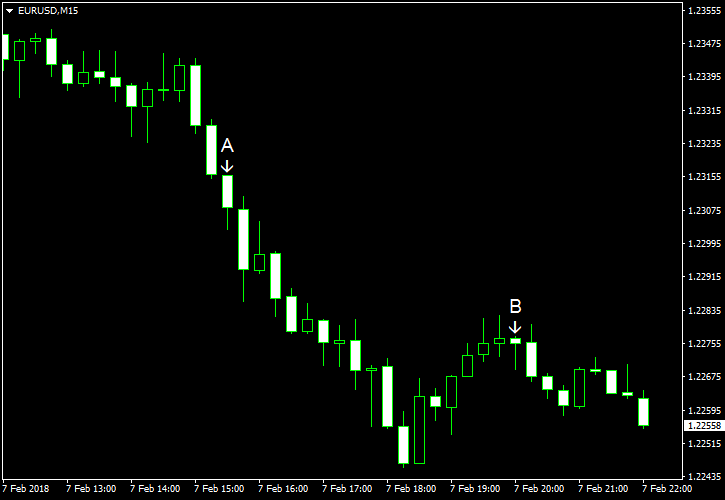