EUR/USD slipped today as the ZEW Economic Sentiment Indicator for Germany came out far worse than was expected. The index for the whole eurozone was not good either. (Event A on the chart.) Meanwhile, US data released on Tuesday was pretty solid. 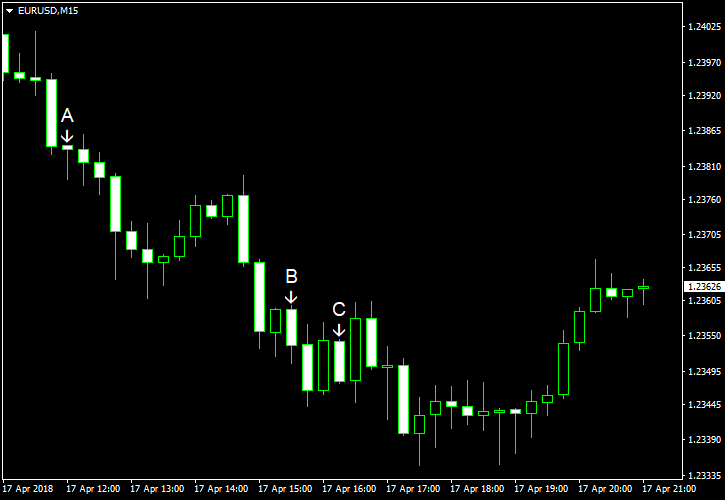