US Bureau of Labor Statistics reported total nonfarm payroll (NFP) employment expanded by a a modest 164k jobs in April, which fell short of expectations of 192k. However, the headline figure saw an upward revision to 135k from 103k, while the 2-month net revision had been +30k. The US unemployment rate fell 0.2ppts to the lowest level since December 2000 at 3.9%, which also beat expectations of 4%.

The Fed focussed wage data had fallen short of expectations with the Y/Y at 2.6% (Exp. 2.7%) and the M/M at 0.1% (Exp. 0.2%), as such, this reduces fears over a potential overshoot in inflation with the figures indicating a modest build in inflationary pressures in the US economy. Overall, today’s jobs report is further confirmation that the labour market is showing signs that it is tightening and remains robust.

In an immediate response to the report, the USD index fell to session lows on the back of the weaker than expected headline print, while the wage data also underwhelmed expectations, which in turn led to a slight unwind of bets that there will be three additional rate hikes this year. However, the selling pressure in the USD was short-lived given that the softer readings had been met with a better than expected unemployment rate of 3.9% (Dec’2000 low) with today’s jobs report somewhat mixed. 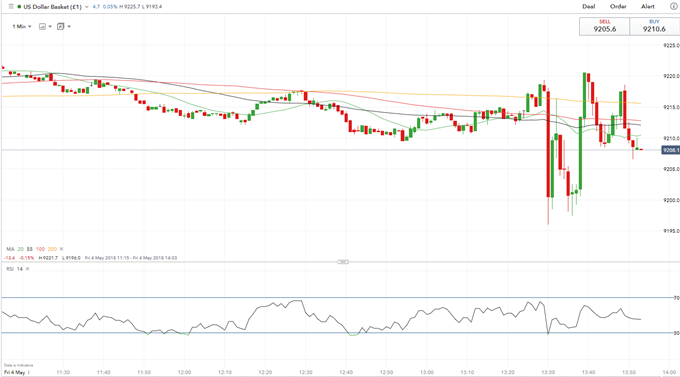 Ultimately, this report will unlikely provide a significant ramification for the FOMC’s tightening path in the near-term with a 25bps interest rate hike at the June meeting fully priced in, while in terms of further down the line, according to the CME Fedwatch, the probability of three more rate hikes saw a marginal fall to 37.9% from 40%. (prior to the data). 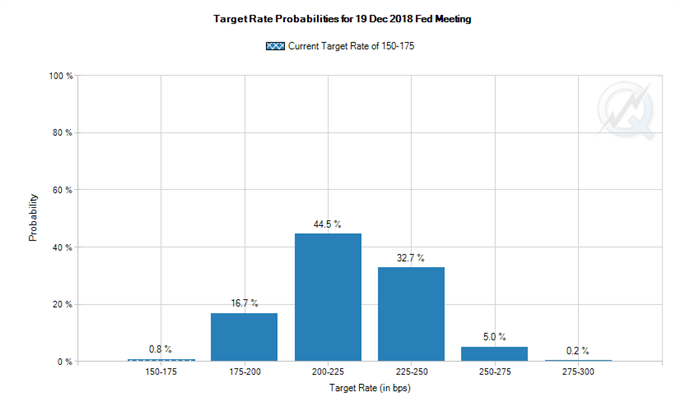 See our Q2 FX forecast to learn what will drive the currency through the quarter.