EUR/USD Pulls Back After Attempt to Rally

EUR/USD attempted to rally during the Wednesday trading session, but has pulled back by now, and is currently trading near the opening level. As for economic data, the US Producer Price Index missed expectations. Now, traders wait for tomorrow’s release of the Consumer Price Index.

PPI rose by just 0.1% in April, seasonally adjusted. That was a slower rate of growth than 0.2% predicted by analysts and 0.3% registered in March. (Event A on the chart.)

Wholesale inventories rose 0.3% in March, two times slower than the forecast rate of increase — 0.6%. The February rate of growth was slashed by half — 0.5% compared to 1.0% before the revision. (Event B on the chart.) 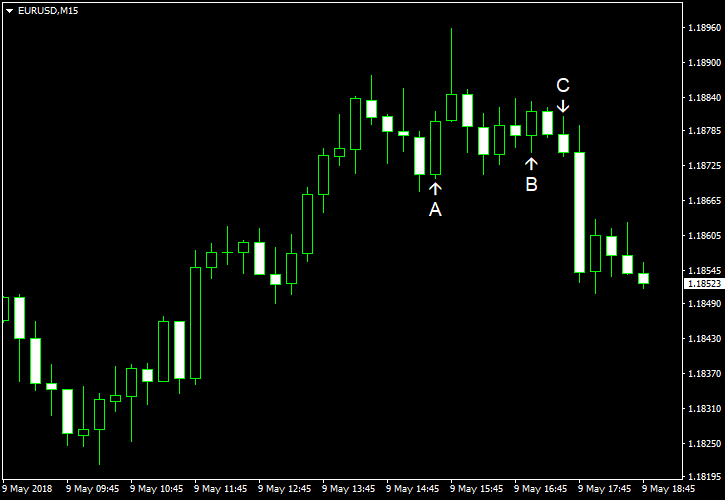 On Monday, a report on consumer credit was released, showing an increase by $11.7 billion in March, which failed to meet the consensus forecast of $16.2 billion. The February increase got a positive revision from $10.6 billion to $13.6 billion.