To get the Asia AM Digest every day, SIGN UP HERE

NZD Declines on RBNZ. MYR Down on Election Outcome

The New Zealand Dollar depreciated aggressively across the board as the RBNZ left rates unchanged and decreased near-term hawkish monetary policy expectations. The central bank not only forecasted rates rising further out, but also the timing for inflation reaching 2 percent is also expected to be delayed. With that in mind, there are warning signs that NZD/USD may turn higher in the near-term.

The Malaysian Ringgit declined as expected
as 1-month non-deliverable forwards (NDFs) dropped more than one percent as the votes slowly tallied for Malaysia’s 14th general election. Leading into the outcome of the vote, the opposition alliance was closely trailing behind the ruling party. In the end, opposition leader Mahathir Mohamad and his Alliance of Hope won the majority against now soon to be former Prime Minister Najib Razak. Once the outcome was clear, Ringgit 1-Month NDFs dropped more than 2 percent.

During Thursday’s Asian session, we will get a couple of top-tier profile events. First, RBNZ’s new Governor Adrian Orr will speak at the Parliament select Committee. This could spark more New Zealand Dollar volatility. Then, we will get April’s Chinese inflation data. Since China is Australia’s largest trading partner, economic performance in the former may have some knock-on effects on the latter. With that in mind, it may also influence Aussie Dollar volatility.

The Canadian Dollar was one of the best performing majors on Wednesday, climbing alongside crude oil prices in the aftermath of US President Donald Trump pulling out of the Iran nuclear deal. In addition, official EIA data showed that crude oil inventories declined unexpectedly. The -2197k contraction was the largest since March.

Meanwhile the anti-risk Japanese Yen was one of the worst performing currencies, losing ground as US stocks advanced. The S&P 500 rose just about 1 percent while the Dow Jones was up 0.75%. The sentiment-linked Australian and New Zealand Dollars outperformed. 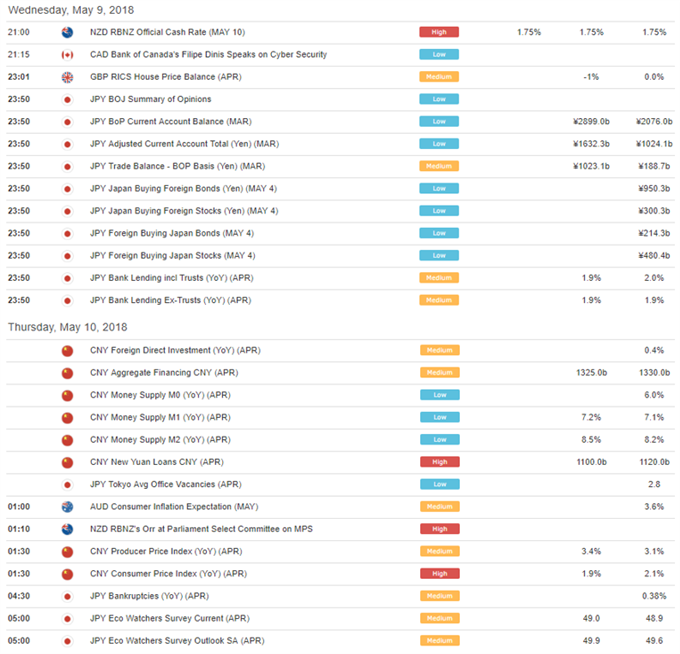 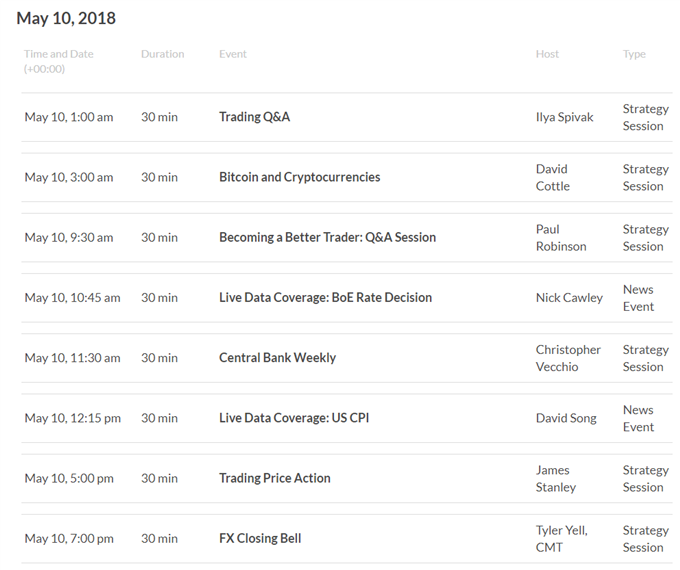 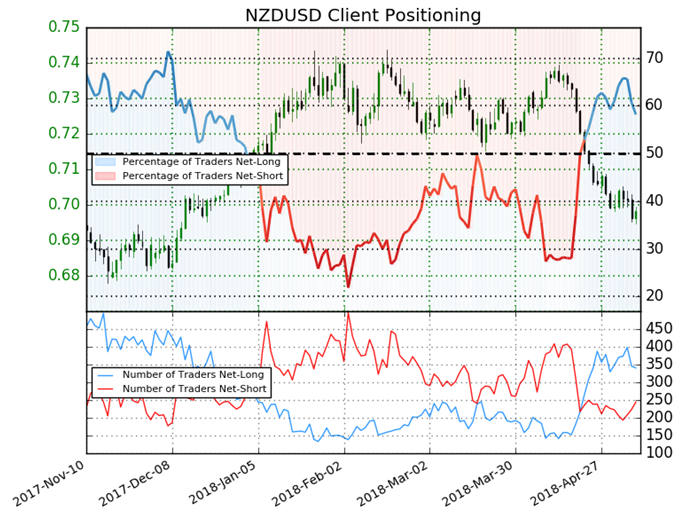 Retail trader data shows 58.2% of NZD/USD traders are net-long with the ratio of traders long to short at 1.39 to 1. In fact, traders have remained net-long since Apr 22 when NZD/USD traded near 0.72063; price has moved 3.1% lower since then. The number of traders net-long is 2.6% lower than yesterday and 1.2% higher from last week, while the number of traders net-short is 12.9% higher than yesterday and 7.9% higher from last week.

To get the US AM Digest every day, sign up here