EUR/USD rose for the first time after four consecutive sessions of losses as the US Consumer Price Index rose less than was expected. Other macroeconomic indicators released in the United States over today’s trading session beat expectation, but that hardly affected the rally.
CPI rose 0.2% in April, failing to meet the consensus forecast of a 0.3% growth. The index fell 0.1% in March. (Event A on the chart.)
Initial jobless claims were unchanged at 211k last week, whereas experts had predicted an increase to 219k. (Event A on the chart.)
Treasury budget turned from a deficit of $208.7 billion in March to a surplus of $214.3 billion in April. The actual reading was better than the predicted excess of $201.2 billion. (Event B on the chart.) 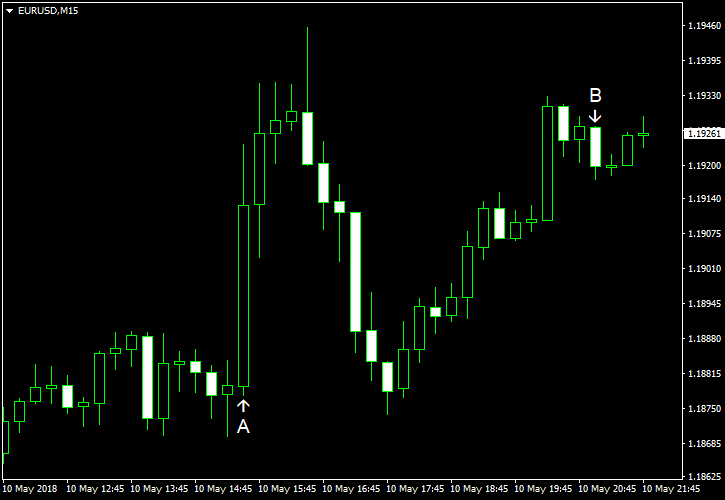