EUR/USD dropped today on speculations that the Italian populist coalition may seek government debt forgiveness from the European Central Bank, though officials denied such allegations. As for US macroeconomic released, the data was mixed, but no indicator was really bad.

Industrial production rose 0.7% in April, matching the March’s revised rate of growth (0.5% before the revision). Experts had predicted a small slowdown to 0.6%. Capacity utilization also rose, increasing from 77.6% to 78.0%, but missed the average estimate of 78.4%. (Event B on the chart.)

US crude oil inventories decreased by 1.4 million barrels last week and were in the lower half of the average range for this time of year. That is compared to the predicted decline of 1.1 million and the previous week’s drop by 2.2 million. Total motor gasoline inventories decreased by 3.8 million barrels but remained in the upper half of the average range. (Event C on the chart.) 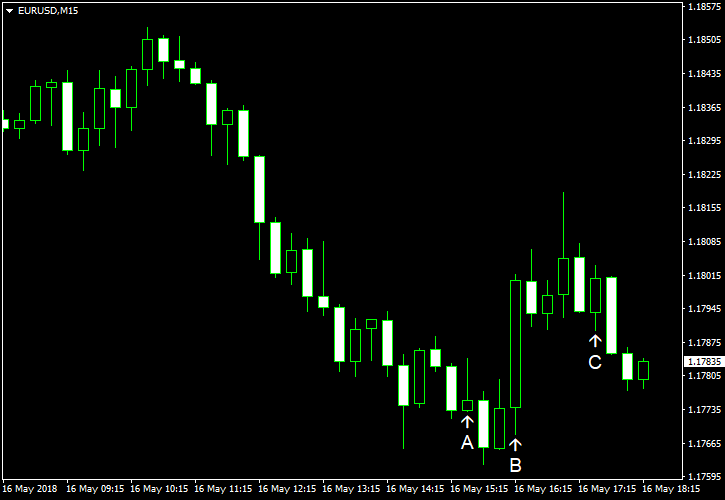