The US dollar was extremely strong, prompting EUR/USD to tank, as the benchmark 10-year Treasury yield climbed above 3%. Adding to the strength of the currency were economic releases in the United States. Most of them were good with the exception of retail sales that missed expectations, though just a little bit.
Retail sales rose 0.3% in April, missing the analysts’ average estimate of a 0.4% increase slightly. The March increase received a positive revision from 0.6% to 0.8%. (Event A on the chart.)
NY Empire State Index climbed to 20.1 in May from 15.8 in April. It was totally unexpected to experts, who were anticipating a decrease to 15.1. (Event A on the chart.)
Business inventories showed no change in March after rising by 0.6% in February. Analysts had anticipated a 0.2% increase. (Event B on the chart.)
Net foreign purchases were at $61.8 billion in March. That is compared to the median forecast of $51.3 billion and the previous month’s reading of $49.0 billion. (Event C on the chart.) 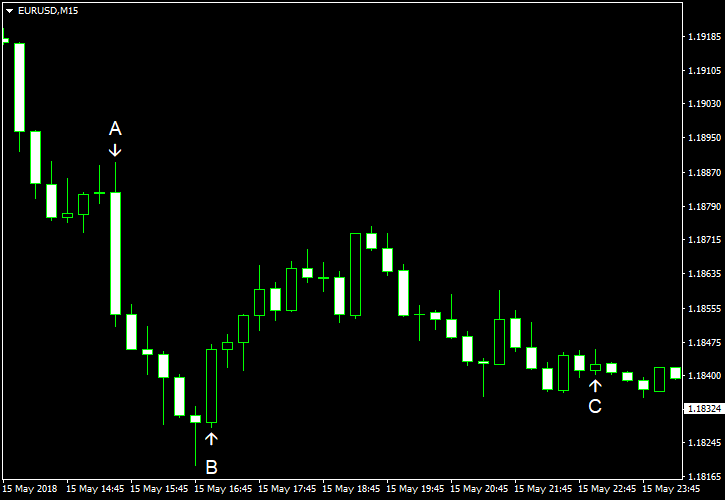