Kuroda May Not Like CPI Miss More Than Yen, JPY Eyes Risk Trends

The Japanese Yen cautiously fell as expected after April’s local inflation report crossed the wires. Heading into this announcement, the Bank of Japan cut any precise mention as to the exact timing for reaching two percent inflation at April’s interest rate decision. The central bank also said back then that inflation is to average 1.3% this year. That seems increasingly more unlikely after today.

As you can see below, the country has been experiencing some mild disinflation lately as prices move further away from the BoJ’s target. In such cases, weakening price levels may inspire a central bank to counter with lower rates and more stimulus. Judging the market’s reaction, the data seems to have not done fueled such expectations. Governor Haruhiko Kuroda did mention on Tuesday that there are various uncertainties for inflation. 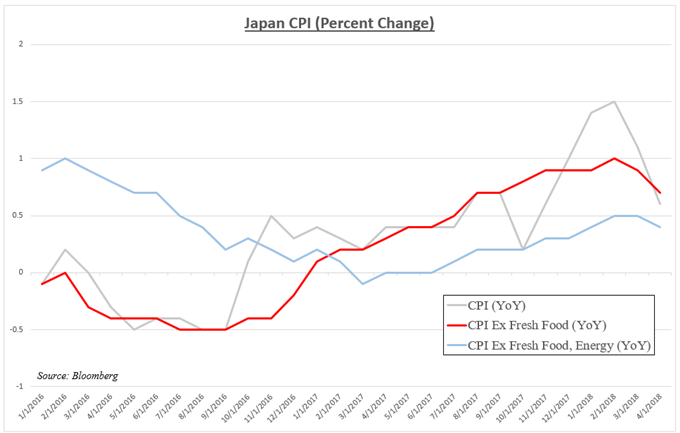 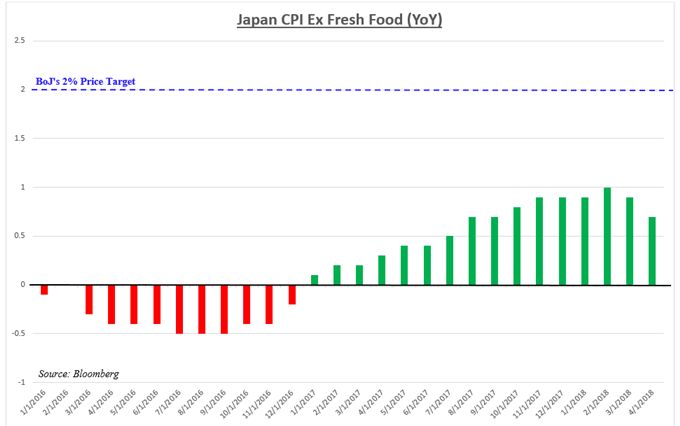 With that in mind, keep an eye out for how BoJ’s Governor Kuroda responds to the data. Signs that they may consider more easing on weaker inflation could hurt the Japanese Yen. Now that this event is behind us, keep an eye out for what is more likely to drive the Japanese Yen, risk trends. On this front, news that China is to cut $200b in the US trade deficit with them may encourage sentiment, boosting shares and sapping the appeal of the anti-risk currency. 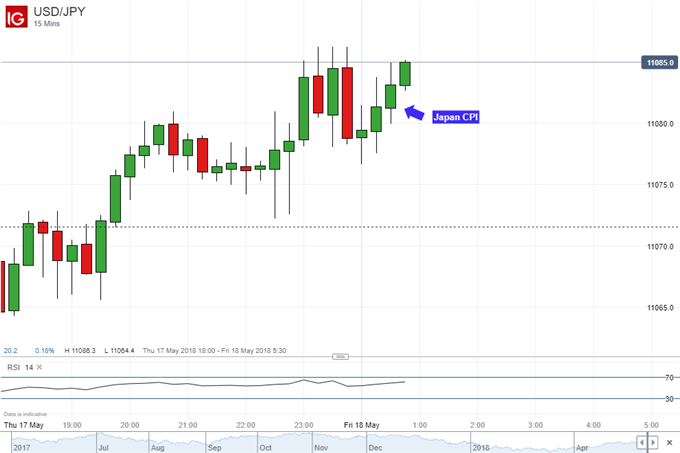 On a daily chart, USD/JPY has been in a rising channel since late-March and there aren’t any immediate signs that the pair could reverse its progress. It may even keep climbing to test the falling trend line from August 2015. From here, near-term support is the 38.2% Fibonacci extension at 110.71. A push below that exposes the 23.6% level at 109.92. On the other hand, immediate resistance is the 50% midpoint at 111.35 followed by the upper line of the channel. 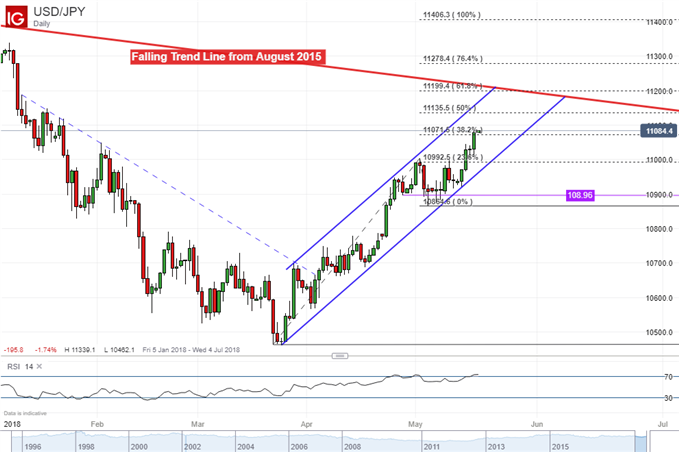