Build confidence in your own USD/JPY strategy with the help of our free guide!

The Japanese Yen weakened in the aftermath of a mixed local trade balance report as expected, focusing more on risk trends as it followed the Nikkei 225 higher. Japan’s trade surplus unexpectedly rose by ¥626.0b in April versus ¥440.0b expected and ¥797.0b in March.

Meanwhile, the details showed that exports rose just 7.8% y/y versus 8.7% expected. Imports also only increased by 5.9% against 9.8% forecasted. While both of these statistics missed expectations, they were an improvement from March’s outcome on the whole.

The upside result in export growth occurred despite the first full month that Japan came under the implementation of US metal tariffs. For the country, trade is a vital component of its economy. Still, the Bank of Japan is unlikely to act on the data as it continues to focus on keeping rates low and bolstering inflation.

With that in mind, the anti-risk Yen had its focus on sentiment given the data’s limited implications for BoJ monetary policy expectations. Leading into the data release, news that the US will put Chinese tariffs on hold dampened the appeal of the currency. Given the lack of key economic data ahead during this session, risk trends will probably continue to be the focus for it. 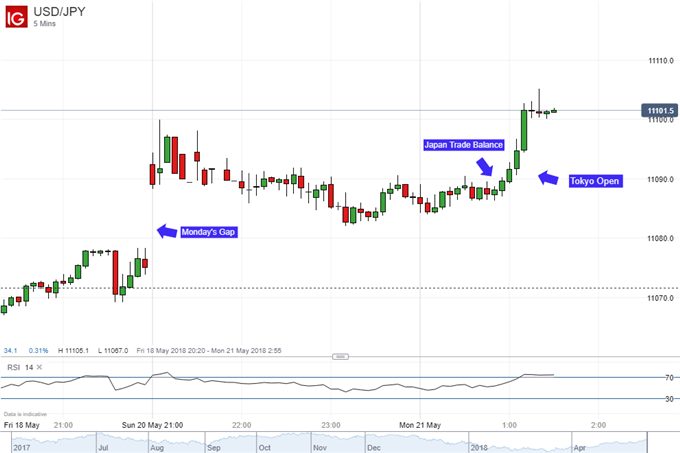 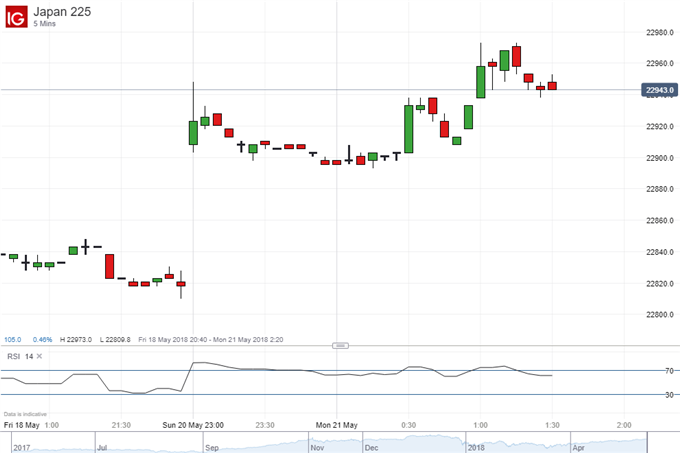 Since we last touched base on USD/JPY, the currency still remains in an ascending channel with no imminent signs of a reversal warning. This opens the door for the pair to eventually test the falling trend line from August 2015. Meanwhile, near-term support seems to be the 38.2% Fibonacci extension at 110.71. 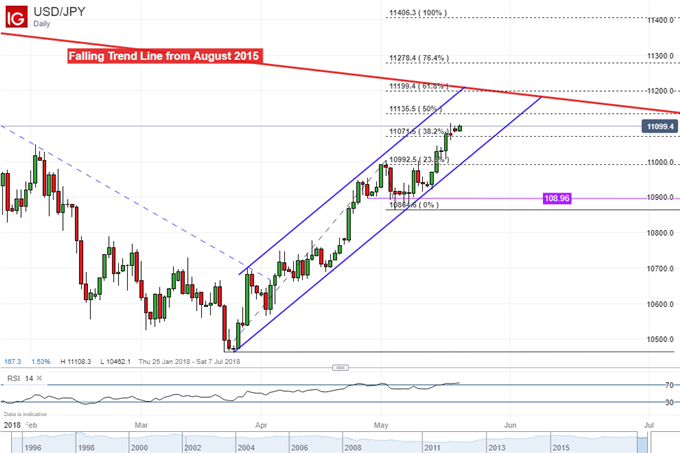