The beginning of this week’s session was met with an improvement in sentiment, causing some gaps across the FX majors spectrum. On Saturday, news from the White House crossed the wires saying that China will “significantly increase purchases” of US goods and services. The following day, US Treasury Secretary Steven Mnuchin announced that they are putting the trade war and Chinese tariffs on hold.

Additional Notes from the White House:

Amidst these developments, the sentiment-linked Australian and New Zealand Dollar’s rose at the beginning of Monday’s session. Meanwhile, the anti-risk Japanese Yen was lower. After Donald Trump casted some doubt about the progress in trade talks last week, these comments helped to reduce some of the pessimism. However, there was a lack of mention about the claimed $200 billion cut in the US trade deficit with China.

Meanwhile in Italy, a vote was held over the weekend to gauge approval of the proposed government program put together by the anti-establishment parties. The “Contract for a Government for Change” calls for a review of EU economic governance, reducing public debt (not by means of tax and austerity-based interventions) and a flat tax. According to the League party, around 91% of voters backed this program. The markets are also awaiting the next proposed prime minister which may come as early as Monday.

A Look Ahead – All Eyes at Asian Shares

A lack of critical economic event risk during the Asian session will likely put the focus on risk trend. All eyes will turn to how Asian shares react to the progress in US-China trade talks. If benchmark indexes like the Nikkei 225 rally, then the Japanese Yen could fall further yet as the Aussie and New Zealand Dollars keep climbing.

The Canadian Dollar took the spotlight on Friday as easily being the worst performing FX major. A worse-than-expected local inflation report sent Bank of Canada rate hike bets tumbling as front-end government bond yields declined. Meanwhile, the Euro came under pressure on uncertainties around Italy’s political situation. The anti-establishment leaders of the League and Five Star parties sealed a coalition agreement that puts forth policies that directly challenge the EU establishment. 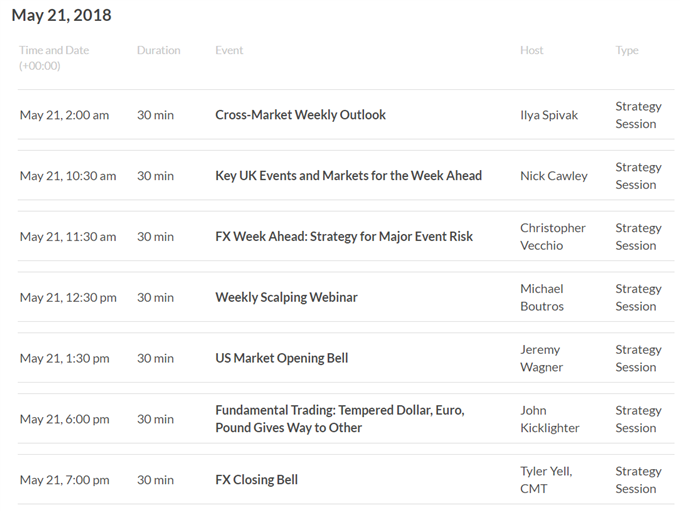 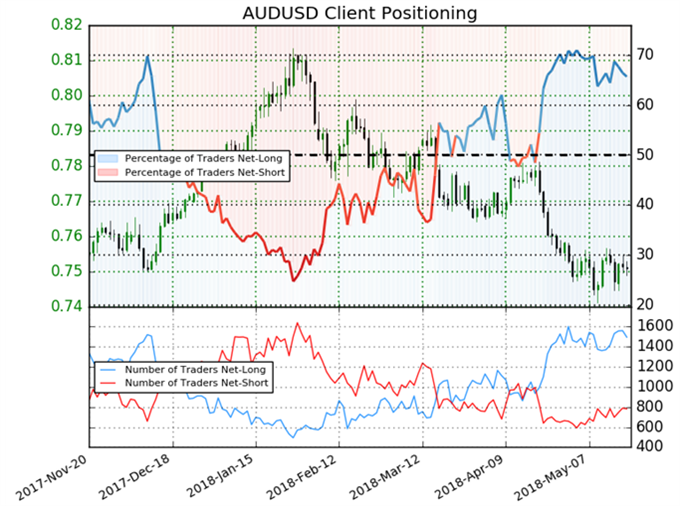 We typically take a contrarian view to crowd sentiment, and the fact traders are net-long suggests AUD/USD prices may continue to fall. Traders are further net-long than yesterday and last week, and the combination of current sentiment and recent changes gives us a stronger AUD/USD-bearish contrarian trading bias.