The US Dollar was initially on its way to close at a new high this year until it put in a reversal towards the second half of the day. Perhaps some profit taking weighed on the currency given a lack of crucial economic event risk. The greenback has been in an aggressive uptrend since the middle of April.

A speech from Philadelphia Fed President Patrick Harker amplified USD weakness towards the end of the session. Mr. Parker said that he could back three more 2018 hikes if inflation accelerates. He then added that he sees no rush to increase rates and that he favors pausing hiking once they hit a neutral setting.

If you look at the spread between US 2-year and 10-year government bond yields (and at 30-year as well), they narrowed as Fed’s Harker spoke. This speaks to a flattening yield curve. Perhaps the markets interpreted his speech as being more favorable for near-term higher rates and not so much for the long run.

Crude oil prices rallied to a new high this year so far thanks to a few developments. China, the second largest world consumer of oil, said that it will increase purchases of US energy imports as part of the de-escalating trade tensions with the world’s largest economy.

Meanwhile, geopolitical tensions probably increased the fear of supply disruption, further boosting the commodity. The International Energy Agency (IEA) was discussing with key oil-producing nations to make up for the loss in supply from Venezuela due to impending sanctions following a controversial election. Then, US Secretary of State Mike Pompeo said that the ‘strongest sanctions in history’ will be placed on Iran.

An improvement in sentiment thanks to de-escalating trade tensions between the US and China sent the S&P 500 and Dow Jones up 1.21% and 0.74% respectively on Monday. The anti-risk Japanese Yen succumbed to selling pressure while the higher-yielding Australian and New Zealand Dollars outperformed. The British Pound depreciated amidst political uncertainty.

Another Asian session that is lacking in key economic events will probably put risk trends as the catalyst for market developments. If stocks continue climbing amidst the progress in US/China trade talks, then the Japanese Yen could weaken as the sentiment-linked Australian and New Zealand Dollars advance. 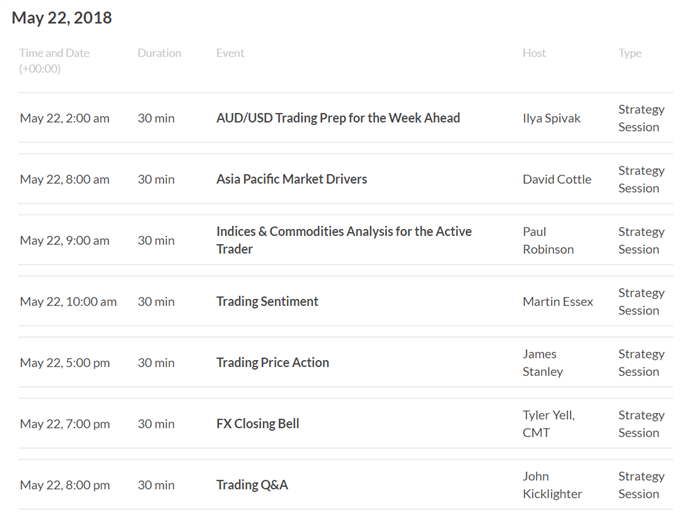 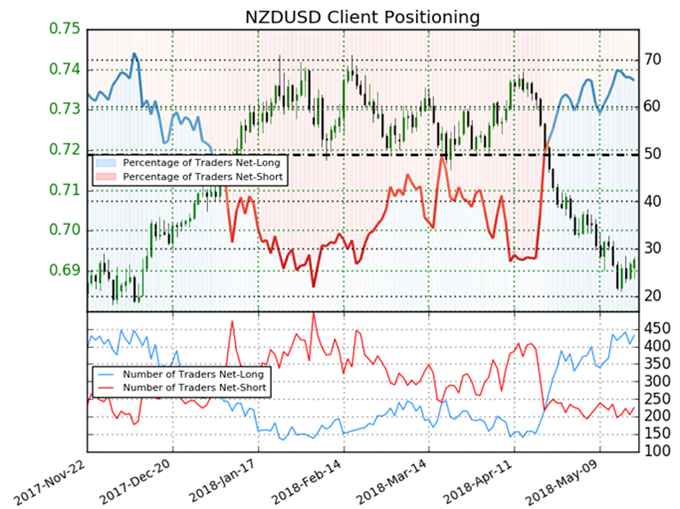