News that China plans to cut import tariffs on autos to 15% from 25%, which briefly improved sentiment earlier today, failed to offer a lasting response as Wall Street finished the day in the red. Indeed, the S&P 500 and Dow Jones declined 0.31% and 0.72% respectively. Newswires attributed this to comments from US President Donald Trump who said that he is ‘not really’ pleased with the results of trade talks with China and that his summit with North Korea’s Leader Kim Jong Un may not work out for June 12.

Crude oil prices tumbled towards the second half of the day as OPEC, Russia and Saudi Arabia were reported mulling relaxing output curbs. Then, Reuters released a report citing unidentified OPEC officials who said that the cartel is planning on raising oil output in June on rising concerns about Venezuela production and a possible Iran supply shortage.

The anti-risk Swiss Franc was arguably the best performing major on Tuesday, by even significantly more so than the similarly-behaving Japanese Yen. Both currencies behaved identically during the first half of the day when there was a weakness in the US Dollar and the Nikkei 225. But then, news that Italy’s 5 Star and League leaders are seeking an EU critic as the Economy Minister really amplified Franc gains. The Euro fell on the news and it appeared as though refuge-seeking flows poured into Swiss markets as a regional haven.

A Look Ahead – AUD May Decline on RBA’s Lowe Speech

Given the deterioration in sentiment during the US session, we shall see if this dynamic echoes into Asian markets. Such an outcome can further strengthen anti-risk currencies like the Swiss Franc and Japanese Yen. Meanwhile, early into the European session, RBA’s Governor Philip Lowe will be speaking at 8:00 GMT. If he continues to reiterate that the central bank is in no rush to raise rates, then the Australian Dollar could fall. 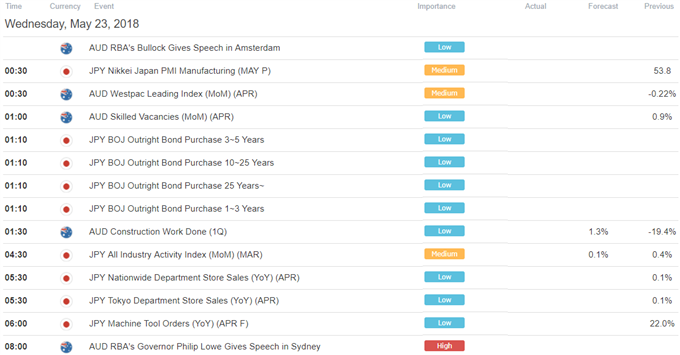 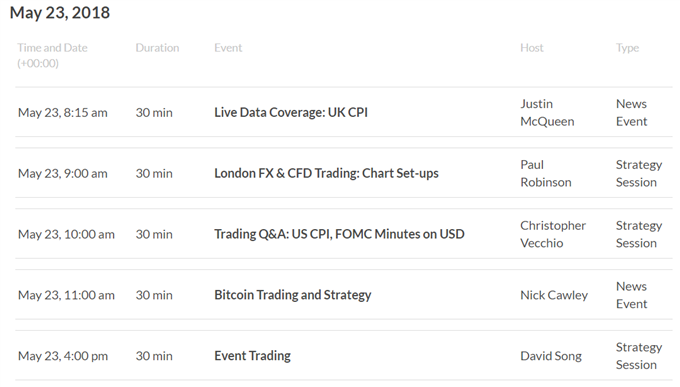 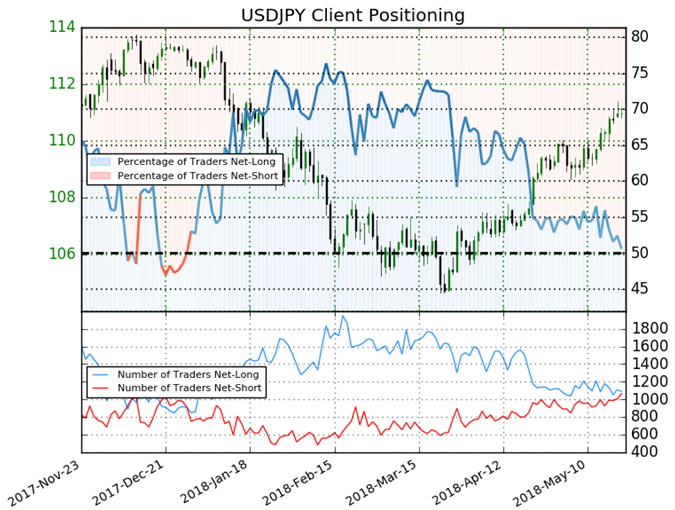