EUR/USD rose today as the dollar was under pressure from resurfacing geopolitical tensions. US President Donald Trump was pushing for tariffs on imported cars. He also announced that the planned meeting with North Korean leader Kim Jong-un was cancelled. Meanwhile, US economic data released today was disappointing, adding to the pressure on the greenback.

Initial jobless claims rose from 223k to 234k last week instead of falling to 220k as analysts had predicted. (Event A on the chart.)

Existing home sales dropped to the seasonally adjusted rate of 5.46 million in April from 5.60 million in March. Analysts had expected a much smaller drop to 5.56k. (Event B on the chart.) 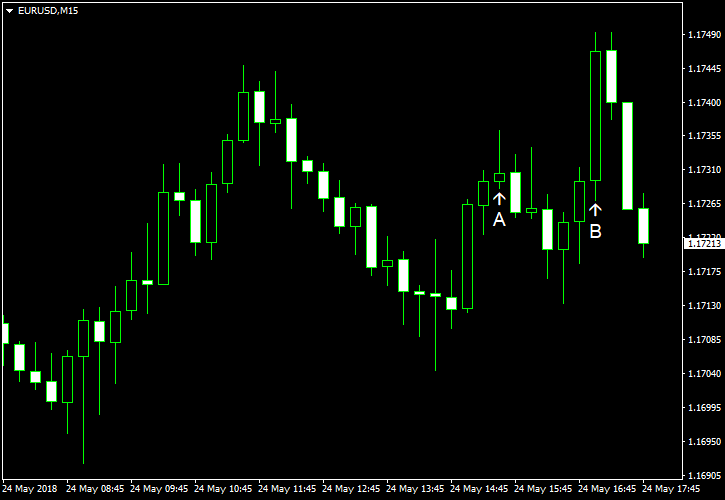