Asia AM Digest: EUR Fell as Italy Gets New Election, JPY May Rise

The Euro initially rallied during the first bit of Monday’s session with EUR/JPY experiencing a significant gap to the upside after the weekend. News that the Italian government demonstrated a check on the anti-establishment parties was taken well. President Sergio Mattarella vetoed the Eurosceptic Paolo Savona as the candidate for finance minister and as a result, led to the failure of a government formation.

Since then, the Euro reversed its course and finished the day as one of the worst performing FX majors as the optimism on Italy’s political situation turned into pessimism. The country’s president asked economist Carlo Cottarelli to form a government with new elections to be held as early as fall or even the beginning of 2019.

This allows room for the anti-establishment parties, the Five Star Movement and League, to consolidate and potentially take a majority if the next vote goes in their favor. As the Euro fell, the spread between German and Italian 10-year government bond yields climbed to its highest since December 2013. This suggests increasing uncertainty as the premium for investing in the latter rises.

Not surprisingly, sentiment took a hit as Nikkei 225 and S&P 500 futures declined towards the second half of the day. The US Dollar benefited from demand for safety but finished the day little changed. This is because during the beginning of the session, the greenback fell as sentiment improved on revived hopes of a Trump-Kim Summit in June.

A Look Ahead – Will Asian Shares Echo Declines on Italian Political Risk?

Another Asian session that is lacking in critical economic event risk will once again place risk trends as the focus for driving the markets. If stocks echo the declines on Italian political risk, then the anti-risk Japanese Yen may benefit. Meanwhile, the sentiment-linked Australian and New Zealand Dollars could fall as a result. 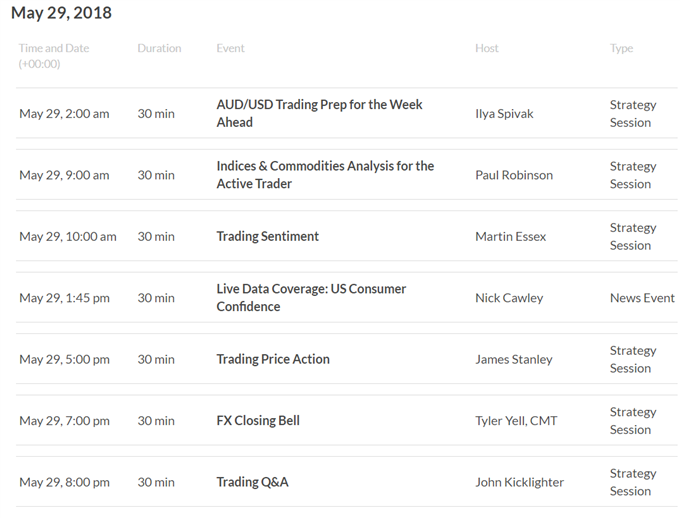