EUR/USD was falling at the start of the Wednesday’s trading session, but managed to halt the decline, and is now rallying. The reason for the rally was the fact that fears associated with the political turmoil in Italy waned. Instead, there were hopes for a new government that will not be biased against the euro. Meanwhile, macroeconomic reports released in the United States over the trading session missed forecasts, adding to the upward momentum of the currency pair.
ADP employment increased by 178k from April to May on a seasonally adjusted basis, missing the analysts’ average estimate of 191k. Furthermore, the April increase got a negative revision from 204k to 163k. (Event A on the chart.)
US GDP increased at an annual rate of 2.2% in Q1 2018 according to the preliminary (second) estimate. Experts had expected the same 2.3% rate as in the advance (first) estimate. GDP rose 2.9% in Q4 2017. (Event B on the chart.) 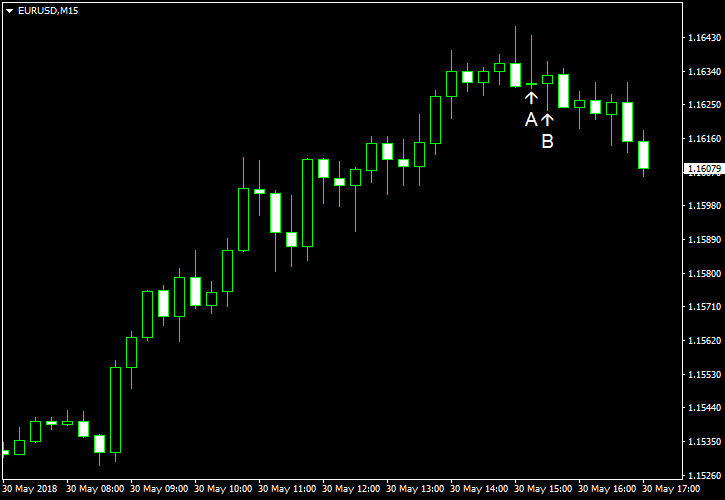