Asia AM Digest: Stocks, CAD Up and Italy Fears Abate. Yen at Risk

After a very rocky start these to these past few days, the markets finally took a breather as Italian political fears ebbed and sentiment rebounded. On Wednesday, the populist Five Star Movement called for the Eurosceptic Savona (their candidate for Finance Minister) to withdraw his candidacy. Then, President Sergio Mattarella and Prime Minister designate Carlo Cottarelli agreed to give the anti-establishment parties more time to form a government.

The Euro rejoiced on the news and rose sharply against most of its major peers. The ones it couldn’t outperform were the sentiment-linked Australian, Canadian and New Zealand Dollars. Those appreciated as stocks rose during the US session. The S&P 500 climbed about 1.27%. Meanwhile the US Dollar depreciated as local bond prices fell when investors unwound some of their initial haven positions. Not surprisingly, the anti-risk Japanese Yen and Swiss Franc were arguably the worst performing majors.

While the Canadian Dollar certainly outperformed, it was also boosted by this month’s central bank rate decision. The Bank of Canada left rates unchanged at 1.25% as expected but what caught the attention of traders was that they dropped the reference to being ‘cautious’ on rates. Canadian government bond yields rallied as the BOC arguably raised hawkish monetary policy expectations. As for USD/CAD, the technical reversal warning signs outplayed the anticipated fundamental picture and the pair failed to push above a critical 2016 falling resistance line.

A Look Ahead – EU Braces for US Metal Tariffs, Yen May Fall as Asian Shares Rise

As the markets transitioned into Thursday’s trading session, a report from the Wall Street Journal crossed the wires saying that the US is planning on applying tariffs on European steel and aluminum, further escalating trade tensions. The US administration initially extended delays on implementing them on the EU until June 1st to allow the latter a chance to offer concessions. If the country does indeed go ahead with the metal tariffs, then EU stocks could be in for a rocky session.

For the time being, Asian shares could echo gains seen on Wall Street thanks to a relief in Italian political fears. Such an outcome is likely to send the sentiment-linked Australian and New Zealand Dollar higher at the expense of the anti-risk Japanese Yen. We will also get key economic data from China via their Manufacturing PMI readings. Australia will also release their first quarter Capex data. While both of these may inspire short-term Aussie Dollar volatility, a lasting response could be lacking given the RBA’s patient stance on changing rates any time soon. 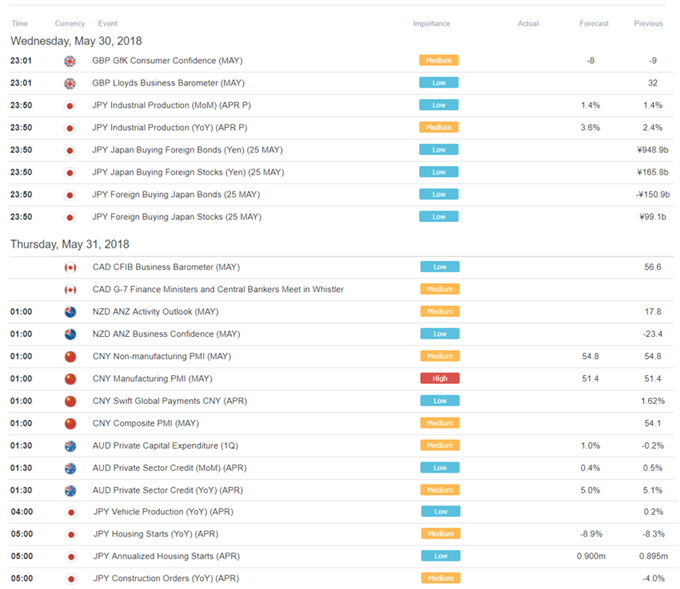 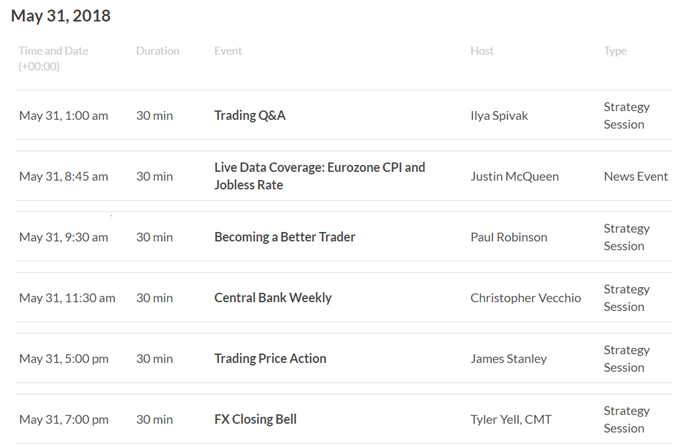 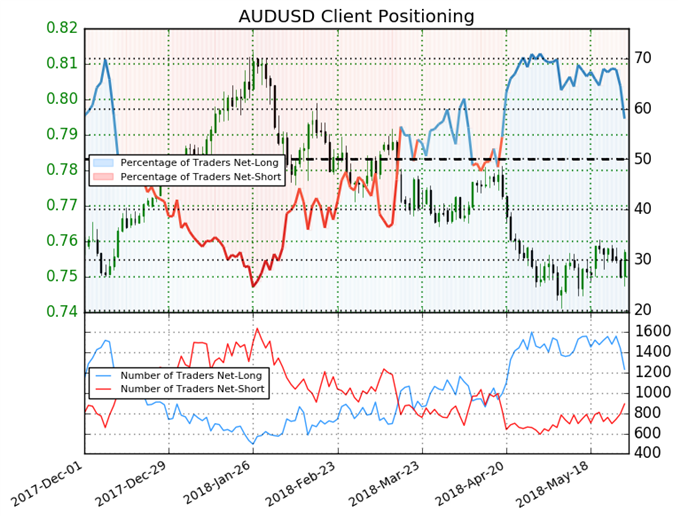