EUR/USD fell intraday during the current trading session but managed to bounce by now. The currency pair was under influence of various factors, including US tariffs and planned retaliation to them from the European Union, the speech of European Central Bank President Mario Draghi, and the positive surprise from the German Producer Price Index. As for US macroeconomic data, it was mixed.

Existing home sales were at the seasonally adjusted annual rate of 5.43 million in May. That is compared to the downwardly revised 5.45 million in April and the average forecast of 5.52 million. (Event B on the chart.) 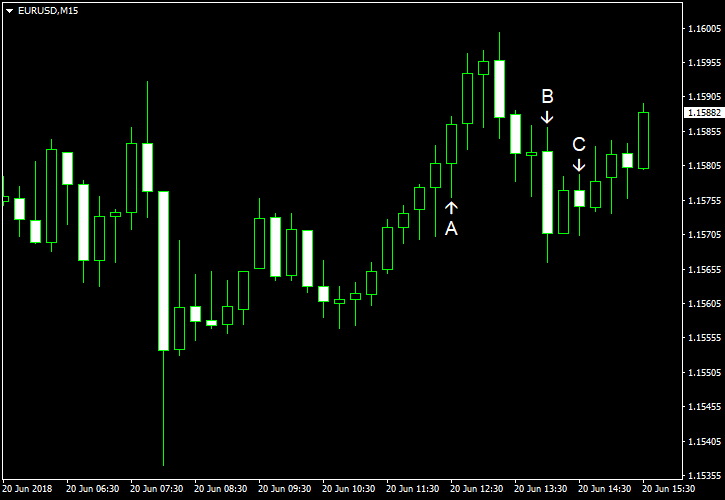