EUR/USD fell today, dragged down by fears of a trade war between the United States and the European Union as well as by mixed macroeconomic data in the eurozone. Yet the currency pair managed to bounce afterwards and remained stable after the US housing report.
New home sales were at the seasonally adjusted annual rate of 689k in May, missing traders’ expectations of 665k. Meanwhile, the April figure got a negative revision from 662k to 646k. (Event A on the chart.)
On Friday, a Markit flash report on manufacturing and services was released. Markit manufacturing PMI fell from 56.5 in May to 54.6 in June. Markit services PMI fell from 56.8 to 56.5. The analysts’ average forecast for both indicators was in the neighborhood of 56.4. (Not shown on the chart.) 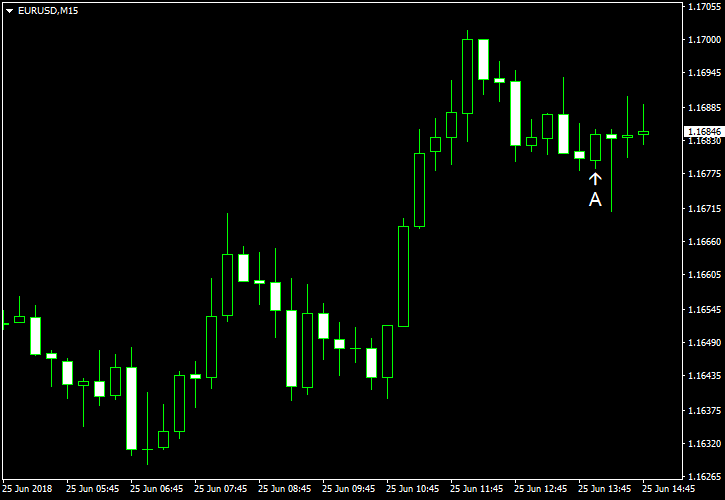