EUR/USD declined for the second consecutive session today even after US President Donald Trump avoided imposing the harshest possible measures against China in the escalating trade war. While markets responded positively to the news, there were concerns that investment curb will touch not just China, but other countries as well, including European ones. US data released today was mixed, meaning it did little to help the currency pair to find direction.

Durable goods orders fell 0.6% in May. While the reading was not amazing by itself, it was still better than the predicted drop by 0.9% and the decline by 1.6% registered in the previous month. (Event A on the chart.)

Pending home sales fell 0.5% in May instead of rising by 0.4% as analysts had predicted. The indicator was down 1.3% in April. (Event B on the chart.)

US crude oil inventories fell by as much as 9.9 million barrels last week. That is compared to the predicted drop of 2.4 million and the decline by 5.9 million registered the week before. At the same time, total motor gasoline inventories rose by 1.2 million barrels. (Event C on the chart.) 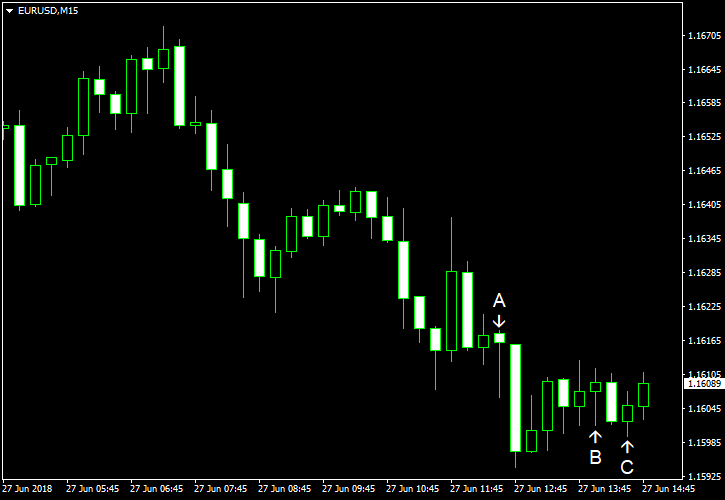