USD: The US Dollar alongside equities pushed to better levels on the back of reports that President Trump is backing off previously announced plans to impose limits on Chinese investments in US tech companies. Instead, the President is calling on Congress to enhance an existing review progress, which has been deemed as less harsh. As such, the USD Index has reclaimed the 95.00 handle with USDJPY making a break back above 110.00.

CNY: The declines seen in the Chinese Yuan have been grabbing the headlines, which has seen five consecutive days of declines, to trade at its lowest levels since 2017. The rapid sell off has been led by rising concerns that Chinese authorities are less willing to temper the weakness in the CNY amid heightened trade tensions with the US and the slowing of Chinese growth.

Crude Oil: WTI crude oil futures up another 1% after yesterday saw prices break above the psychological $70 level. This came in the wake of yesterday’s announcement by the US State Department that they are calling on allies to cut Iranian oil purchases to zero by November 4th. Alongside this, crude oil futures received another boost following the largest drawdown in crude oil stocks since 2016, according to API Inventory data. 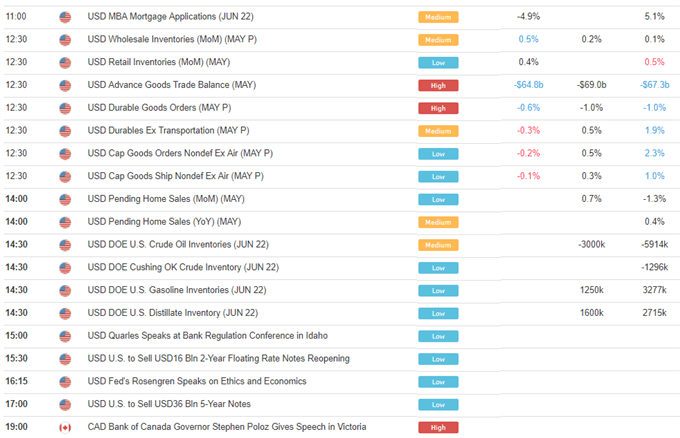 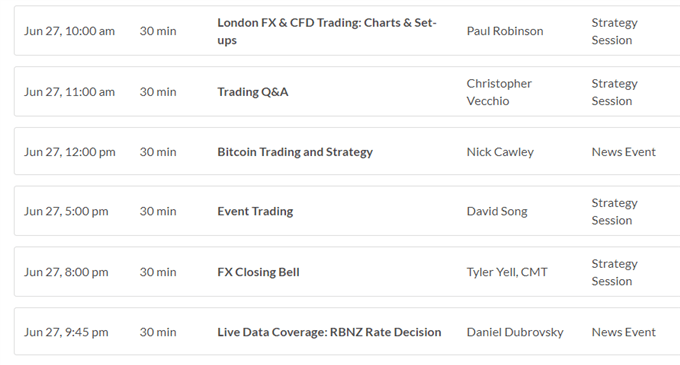 IG Client Sentiment Index: US Oil Chart of the Day 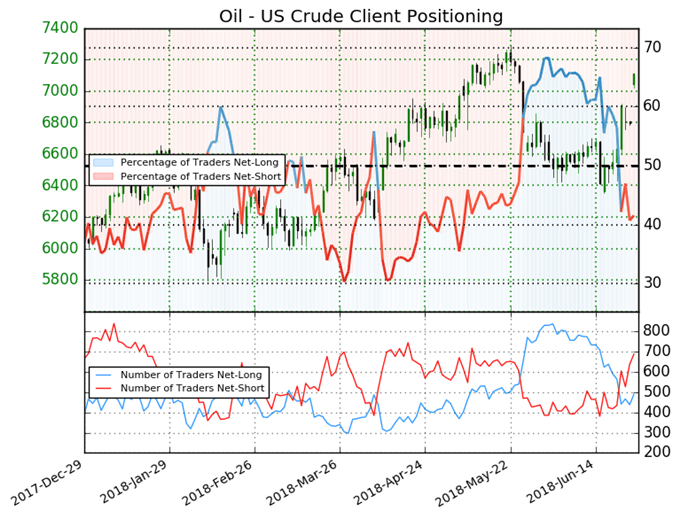 We typically take a contrarian view to crowd sentiment, and the fact traders are net-short suggests Oil – US Crude prices may continue to rise. Traders are further net-short than yesterday and last week, and the combination of current sentiment and recent changes gives us a stronger Oil – US Crude-bullish contrarian trading bias.