EUR/USD jumped sharply today after the leaders of the European Union reached a deal about immigration. Strong eurozone inflation data also helped the currency pair. Meanwhile, US data was mixed.

Both personal income and spending increased in May, by 0.4% and 0.2% respectively. Analysts had predicted a 0.4% rate of increase for both indicators. The April increase of income was revised from 0.3% to 0.2%. The increase of spending also got a negative revision, from 0.6% to 0.5%. Core PCE inflation remained at 0.2%, matching expectations. (Event A on the chart.)

Chicago PMI climbed to 64.1 in June from 62.7 in May, reaching the highest level since January. That is instead of falling to 60.1 as analysts had predicted. (Event B on the chart.)

Michigan Sentiment Index ticked up just marginally to 98.2 in June from 98.0 in May. The reading was below the average forecast of 99.1 and the preliminary figure of 99.3. The report mentioned that concerns about US protectionist policies and their impact on the economy had influenced the consumer sentiment. (Event C on the chart.) 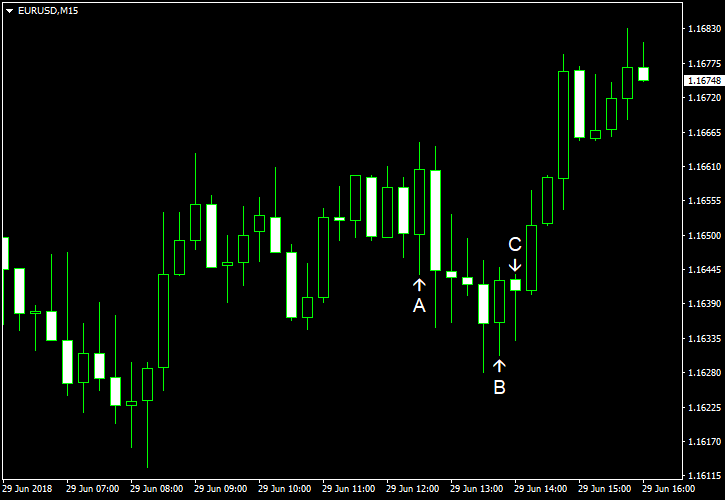