US AM Digest: Market Jitters and Yuan Selling Halted by PBoC Verbal Intervention

AUD: The RBA kept its OCR at 1.5% and provided no new clues on when the next rate hike will take place, however, the central bank did highlight concerns over the global trade environment. A relatively muted reaction in the wake of the latest RBA rate decision. A larger focus for Aussie traders were the developments in China, in which the PBoC finally stepped in to curb the decline seen in the Yuan. Both the Governor and Deputy Governor of the PBoC stated that China will keep the Yuan basically stable, while major state-owned banks had been selling dollars to prop up the Yuan. In turn, AUDUSD is back above 0.7400 with next resistance seen at 0.7415.

GBP: The UK construction PMI reading accelerated to its highest level since November 2017. This follows yesterday’sbetter than expected manufacturing PMI data, adding to the evidence that weak data in Q1 had indeed been due to temporary factors, which has been argued by the Bank of England and as such suggests that a rate hike may be on the horizon. Attention will now turn towardsthe UK service PMI to complete the picture. GBP trading at better levels having made a break above 1.32.

EUR: A tentative bounce in the Euro after CDU and CSU reach an agreement on migration. However, risks remain after reports later suggesting that the third member in the coalition, the SPD, have rejected the agreement. As such, gains in the currency has been pared with EURJPY shying away from 129.00. 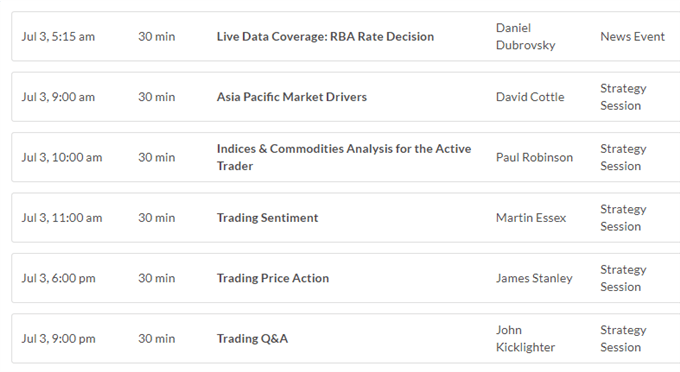 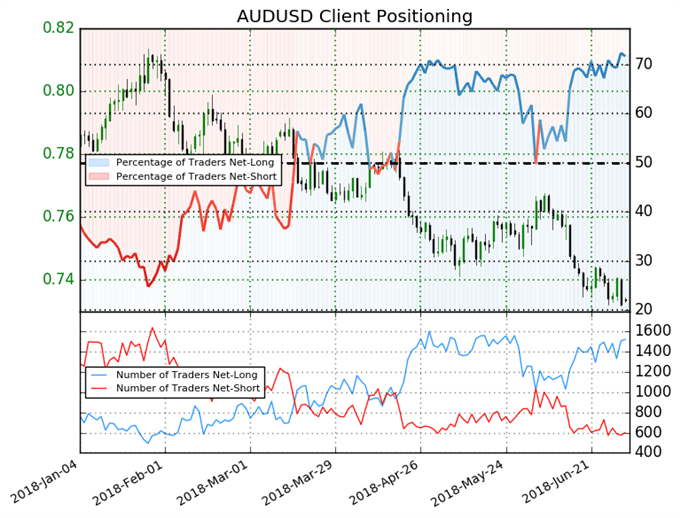 We typically take a contrarian view to crowd sentiment, and the fact traders are net-long suggests AUDUSD prices may continue to fall. Traders are further net-long than yesterday and last week, and the combination of current sentiment and recent changes gives us a stronger AUDUSD-bearish contrarian trading bias