USD: Broad based selling in the greenback continues amid the improvement in risk sentiment. Additionally, market participants continue to digest the latest lacklustre NFP report, while the recent upside surprises in UK and Euro-Area data has narrowed the divergence with the US. Consequently, this has supported the EUR and GBP vs. USD, which has pulled further away from the 94 handle.

GBP: On Friday, PM May’s “soft” Brexit plan had been agreed among cabinet ministers at the Chequers meeting, which led to a move higher in the Pound against its major counterparts with GBPUSD rising above 1.33. GBP gains survive for now, despite, resignations overnight from Brexit Minister David Davies and two additional government ministers’ which casts doubts on the plan and the ability for the UK to get a deal done by the October EU meeting.

EUR: Germany reported a wider than expected trade surplus on a seasonal adjusted basis, which had been predominantly led by rising exports. This is despite the current environment of trade disputes with the US. Alongside this, investor morale had enjoyed a modest bounce back, according to Sentix. The Euro continues to press for better levels, with the next upside target at 1.18 for a potential run in on 1.1850. 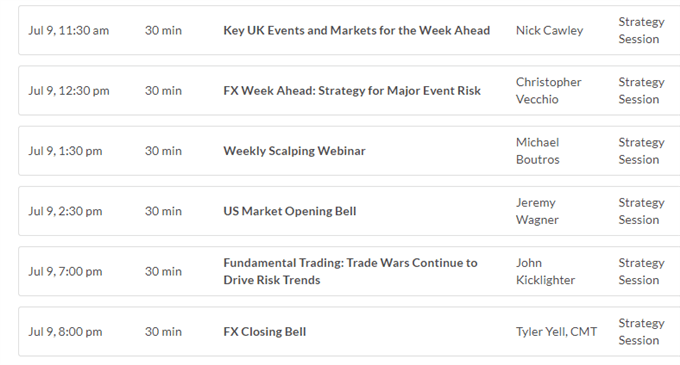 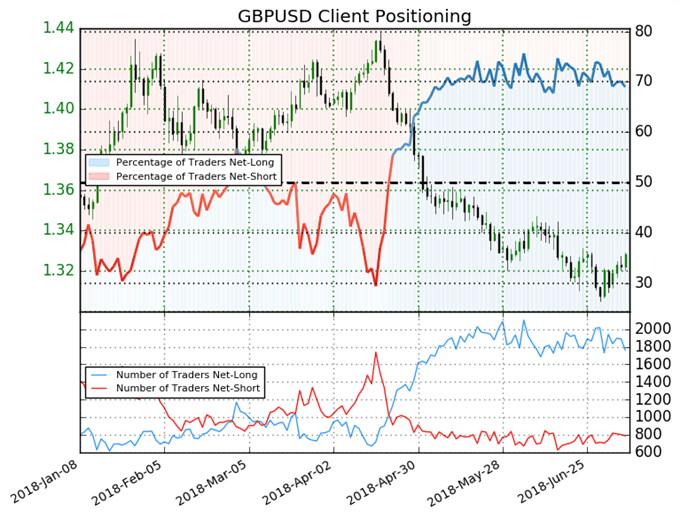 We typically take a contrarian view to crowd sentiment, and the fact traders are net-long suggests GBPUSD prices may continue to fall. Positioning is more net-long than yesterday but less net-long from last week. The combination of current sentiment and recent changes gives us a further mixed GBPUSD trading bias.