IG Client Sentimentshows retail have remained net-long of LTC since late-December when the token was trading around $253, nearly $180 higher than its current level.

Litecoin (LTC) Buys into a Bank but Market Shrugs

Litecoin hit a recent mini-high of $81 earlier this week on the news that Litecoin Foundation has bought a 9.9% stake in German bank WEG via an agreement with payment provider TokenPay. According to Litecoin managing director Charlie Lee the acquisition will make it easier to buy and use Litecoin. After the initial spike, the longer-term downtrend in the coin regained control and pushed the price back down to around $74, just above the recent $72.5 low print made at the end of June. A break below here could spark further selling back down to the $40-$60 trading range seen between mid-June and late-August last year.

We analysed the top five cryptocurrencies by market capitalization at our Weekly Cryptocurrency Webinar on Wednesday and came away with a neutral to negative outlook across the board. 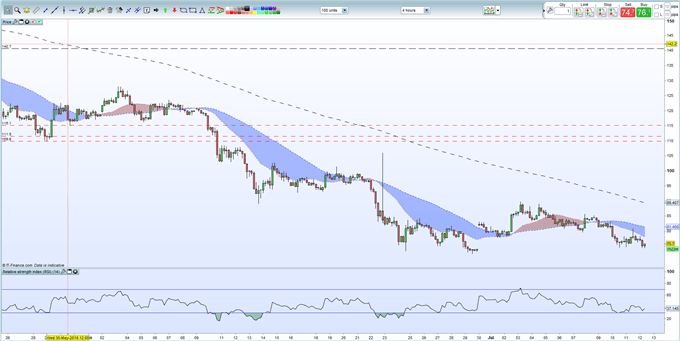 The generation of USD250 million of new USDTs late June was also expected to boost the value of the cryptocurrency market as a whole but little impact has been seen up to now. Tether pairs can be seen across the top 10 cryptocurrencies and main exchanges with the so-called stable coin the second largest token by volume traded in the last 24 hours. 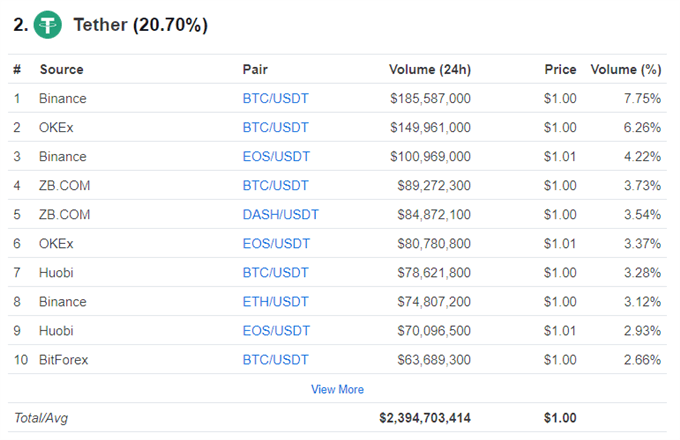 If you are interested in trading Bitcoin, Bitcoin Cash, Ethereum, Litecoin or Ripple we can help you begin your journey. We have an Introduction to Bitcoin Trading Guide along with a Free Demo Account so you can practice trading this volatile asset class.

What’s your opinion on Litecoin? Share your thoughts and ideas with us using the comments section at the end of the article or you can contact me on Twitter @nickcawley1 or via email at nicholas.cawley@ig.com.