EUR/USD was volatile after the European Central Bank policy meeting but ultimately decided to go lower. As was expected, the ECB kept its policy unchanged. ECB President Mario Draghi reiterated the pledge to end quantitative easing at the end of this year. He also reiterated that the interest rates will remain unchanged till at least summer of the next year. (Event A on the chart.) Meanwhile, the United States and the European Union reached an agreement to avoid trade wars, but the market showed muted reaction to the news. Underwhelming US economic data also was unable to prevent the drop of the currency pair.

Durable goods orders rose 1.0% in June, three times less than the 3.0% increase predicted by forecasters. The previous month’s drop was revised from 0.6% to 0.4%. (Event A on the chart.)

Initial jobless claims rose from 208k to 217k last week, slightly above the forecast level of 215k. (Event A on the chart.) 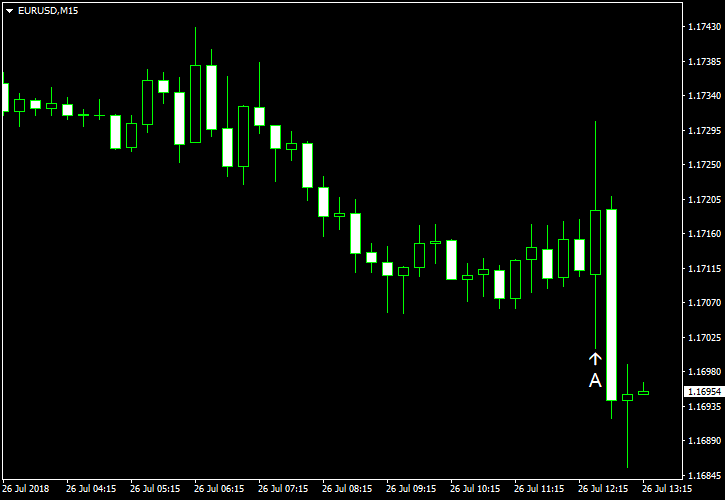