US nonfarm payrolls released today were mixed, with disappointing employment growth but solid wage inflation and falling unemployment rate. EUR/USD jumped immediately after the release, but slumped afterwards before stabilizing above the opening level. Other macroeconomic reports released in the United States today were not good either, showing a widening trade balance deficit and slowing growth of the services sector.

Nonfarm payrolls rose by 159k in July. The increase was below the median forecast of 191k and the previous month’s positively revised increase of 248k (213k before the revision). Unemployment rate edged down from 4.0% to 3.9%, in line with expectations. Average hourly earnings rose by 0.3%, also matching forecasts. The June’s increase got a negative revision from 0.2% to 0.1%. (Event A on the chart.)

Markit services PMI dropped to 56.0 in July from 56.5 in June according to the final estimate, while experts were anticipating the same 56.2 reading as in the preliminary estimate. (Event B on the chart.) 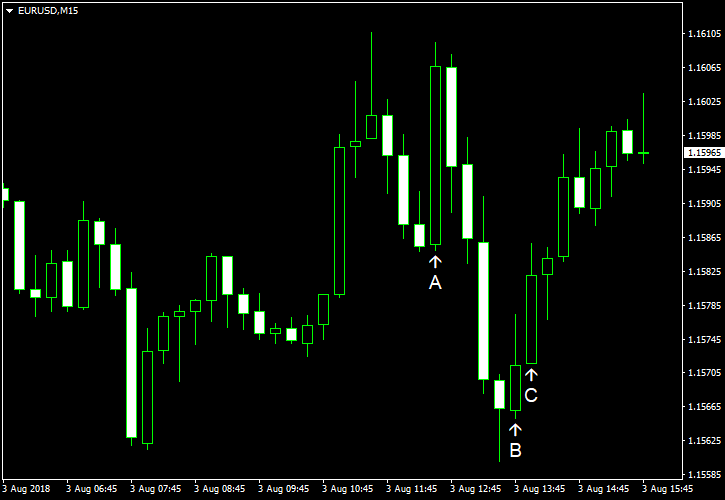