EUR/USD declined today as fears of trade wars between the United States and their trading partners, including the European Union, returned. Today’s US macroeconomic data beat expectations, though it was not particularly good strictly speaking.
Chicago PMI showed a reading of 63.6 in August. While it was a drop from July’s 65.5, which was the highest level since January, the actual figure was better than the average forecast of 63.0. (Event A on the chart.)
Michigan Sentiment Index dropped from 97.9 in July to 96.2 in August according to the revised estimate, touching the lowest level since January. It was still a better reading than 95.3 showed in the preliminary estimate and 95.5 predicted by analysts. (Event B on the chart.) 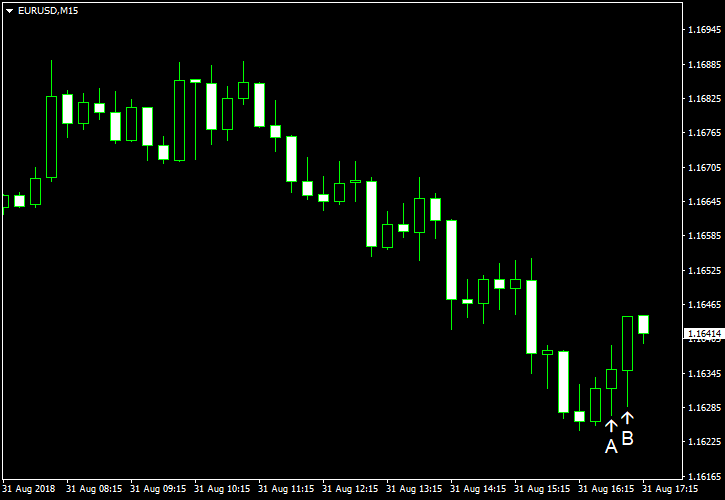