EUR/USD declined today on risk aversion caused by various issues, including fears of trade wars. The currency pair declined also after the manufacturing Purchasing Managers’ Index of the Institute for Supply Management showed an unexpected sharp increase. Currently, though, the EUR/USD pair trades in a consolidation mode.
Markit manufacturing PMI fell to 54.7 in August from 55.3 in July according to the revised estimate, registering the weakest reading since November. (Event A on the chart.) Analysts had expected the same 54.5 reading as in the preliminary estimate. Despite the decline, the report said that:

August data indicated a strong overall improvement in the health of the U.S. manufacturing sector. 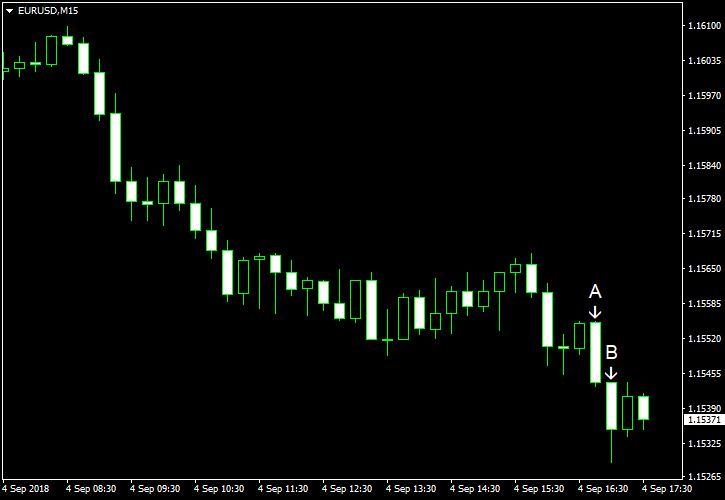