EUR/USD rose sharply today after the US inflation report came out worse than was expected. The miss was not big, but it was enough to propel the currency pair higher.
CPI rose 0.2% in August, the same as in July. Analysts had expected a bit bigger increase by 0.3%. (Event A on the chart.)
Initial jobless claims ticked down from 205k to 204k last week, reaching the lowest level since December 1969. That is instead of rising to 210k as experts had predicted. (Event A on the chart.)
Treasury budget deficit increased from $76.9 billion in July to $214.1 billion in August. Specialists had predicted a smaller increase to $169.8 billion. (Event B on the chart.) 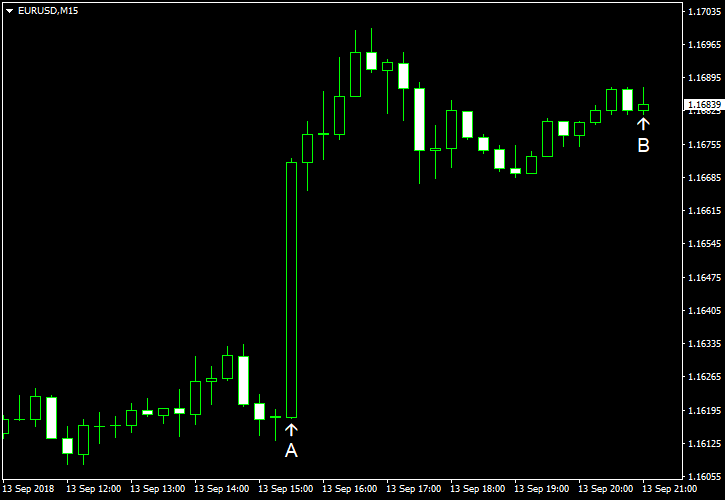