EUR/USD attempted to rally today but failed as trade tensions between the United State and China escalated. Macroeconomic data had little impact on the currency pair as there were very few reports released at the start of the week.
Net foreign purchases were at $74.8 billion in July. That is compared to $65.1 billion predicted by specialists and -$36.5 billion registered in June. (Event A on the chart.)
Yesterday, a report on NY Empire State Index was released, showing a decline from 25.6 to 19.0 in September. Analysts had predicted a smaller drop to 23.2. (Not shown on the chart.) 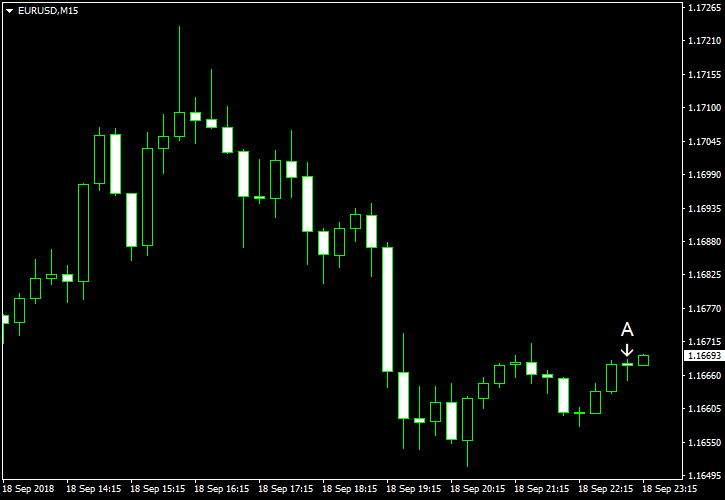