EUR/USD fell today as market participants ultimately decided that yesterday’s policy statement from the Federal Reserve was hawkish, not dovish. Uncertainty about Italy’s budget put additional pressure on the currency pair as the ambitious spending plans of the Italian populist government clashed with the rules of the European Union.
US GDP rose 4.2% in Q2 2018 according the final (third) estimate after increasing 2.2% in Q1. The actual value was the same as the preliminary estimate and the consensus forecast. (Event A on the chart.)
Durable goods orders rose 4.5% in August following the 1.2% decline in July. Analysts had predicted a much smaller increase by 1.9%. (Event A on the chart.)
Seasonally adjusted initial jobless claims rose to 214k last week from the previous week’s revised level of 202k. The average forecast was at 208k. (Event A on the chart.)
Pending home sales dropped 1.8% in August. Experts had predicted a decrease of 0.2%. The indicator fell 0.8% in the previous month. (Event B on the chart.) 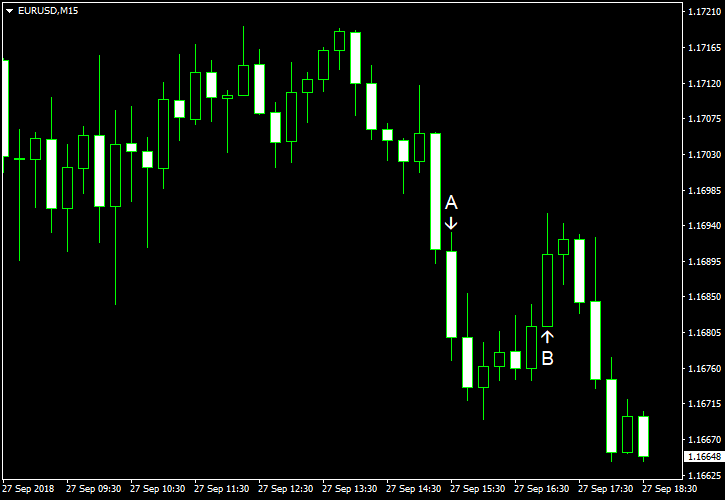