EUR/USD dropped intraday but is recovering right now, though it still trades below the opening level. The major topic for the Forex market remained the Italian budget. Italy’s government approved the budget that will run with a deficit of 2.4% of GDP, drawing ire of the European Union. The markets’ reaction to the decision was also negative.
Both personal income and spending rose 0.3% in August. The figure for income trailed market expectations of a 0.4% increase, while spending matched forecasts. As for the previous month, income showed an increase by 0.3%, while spending rose 0.4%. Core PCE inflation showed no change, whereas analysts had predicted a small increase by 0.1%. The index rose 0.2% in July. (Event A on the chart.)
Chicago PMI dropped to 60.4 in September from 63.6 in August, below the average forecast of 62.3. (Event B on the chart.)
Michigan Sentiment Index rose to 100.1 in September from 96.2 in August according to the revised estimate. Still, it was below the consensus forecast of 100.5 and the preliminary estimate of 100.8. (Event C on the chart.) 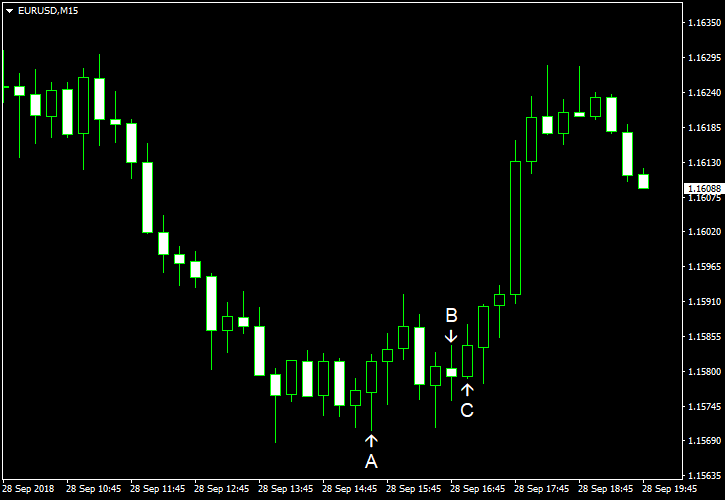