EUR/USD opened above the Friday’s close as the European markets were boosted by risk appetite caused by the news about a new trade deal that includes Canada along with the United States and Mexico. The currency pair retreated over the trading session, though. As for US economic reports, they were confusing as the Markit manufacturing PMI rose last month, while the manufacturing index reported by the Institute for Supply Management declined.
Markit manufacturing PMI rose to 55.6 in September from 54.7 in August according to the final estimate, matching the preliminary estimate and analysts’ forecasts. (Event A on the chart.)
ISM manufacturing PMI fell from 61.3% in August to 59.8% in September, slightly missing the consensus forecast of 60.1%. (Event B on the chart.)
Construction spending rose 0.1% in August from July. That is compared to the median forecast of a 0.5% increase and the 0.2% rise registered in July. (Event B on the chart.) 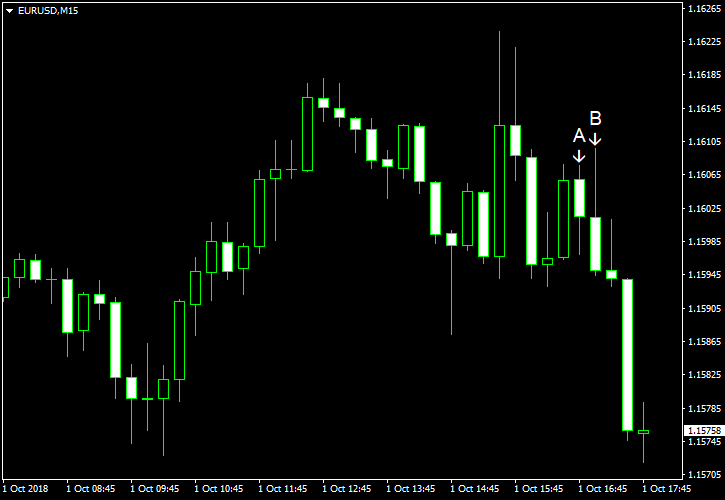