EUR/USD rallied today after US macroeconomic data, the Consumer Price Index in particular, missed expectations. Earlier, the currency pair was rising as US President Donald Trump criticized the Federal Reserve for raising interest rates.
US CPI rose 0.1% in September. The index misses expectations as analysts had predicted the same 0.2% rate of growth as in August. (Event A on the chart.)
Initial jobless claims also missed forecasts, rising from 207k to 214k last week, while experts had forecast them to stay unchanged. (Event A on the chart.)
Crude oil inventories increased by 6.0 million barrels last week, exceeding the average forecast of a 2.3 million increase, and were at the five-year average for this time of year. The stockpiles swelled by as much as 8.0 million barrels the week before. Total motor gasoline inventories increased by 1.0 million barrels and were above the five-year average. (Event B on the chart.) 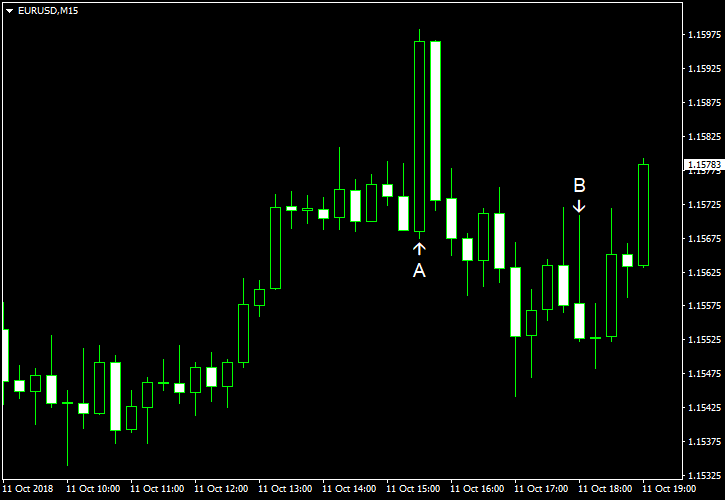