EUR/USD opened sharply lower due to the prevalent risk aversion on the Forex market but was moving up since the opening. The currency pair attempted to extend its rally after US retail sales missed expectations but failed. The EUR/USD pair has retreated from the daily highs by now, though it is still trading far above the opening level.
Retail sales rose 0.1% in September, the same as in August but far less than analysts had predicted — 0.7%. (Event A on the chart.)
NY Empire State Index rose from 19.0 in September to 21.1 in October, above the forecast value of 20.4. (Event A on the chart.)
Business inventories increased by 0.5% in August, exactly as analysts had forecast. The July increase got a revision from 0.6% to 0.7%. (Event B on the chart.) 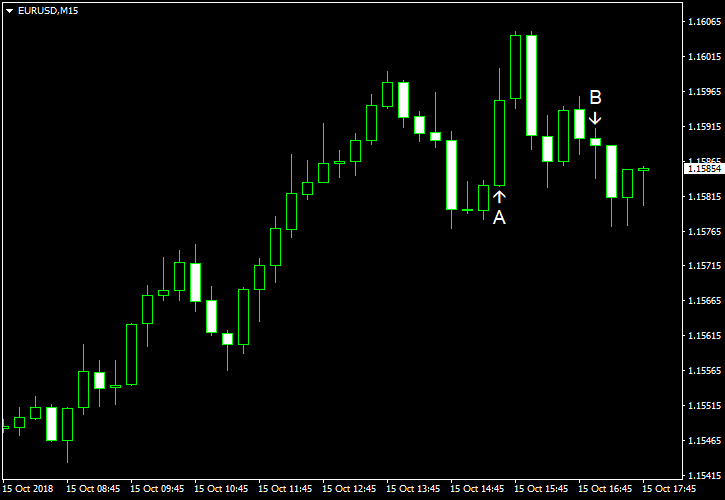