EUR/USD continued to fall today, reaching the lowest level in almost two years, though by now the currency pair has bounced from the day’s lows. Traders preferred the dollar to the euro due to the divergence between monetary policy and economic health of the United States and the eurozone.
Durable goods orders climbed 2.7% in March, far exceeding the increase by 0.7% predicted by analysts. The previous month’s decline got a positive revision from 1.6% to 1.1%. (Event A on the chart.)
Initial jobless claims were at the seasonally adjusted rate of 230k last week, up sharply from the previous week’s revised level of 193k. That was a surprise to market participants as they were counting on just a small increase to 199k. (Event A on the chart.)
Yesterday, a report on US crude oil inventories was released, showing a sharp increase of 5.5 million barrels last week that followed a 1.4 million barrel drop the week before. Specialists had predicted just a mild increase by 0.7 million barrels. Total motor gasoline inventories dropped 2.1 million barrels. (Not shown on the chart.) 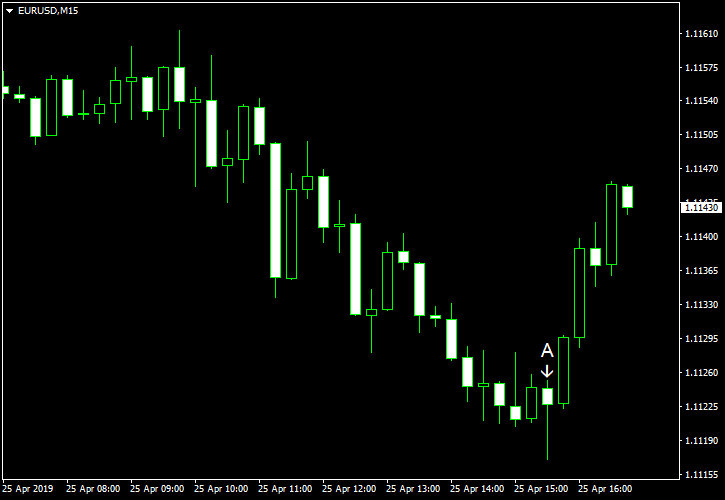