EUR/USD extended yesterday’s decline today. There were several macroeconomic released in the United States but none of them were particularly important. Markets were focused mostly on tomorrow’s nonfarm payrolls.
Nonfarm productivity climbed by 3.6% in Q1 2019. That is compared to the median forecast of a 0.9% increase and the 1.9% gain registered in Q4 2018. (Event A on the chart.)
Seasonally adjusted initial jobless claims were at 230k last week, unchanged from the previous week’s unrevised level. The median forecast had promised a drop to 220k. (Event A on the chart.)
Factory orders climbed by 1.9% in March, exceeding the average forecast of a 1.0% increase. The February decline got a revision from 0.5% to 0.3%. (Event B on the chart.) 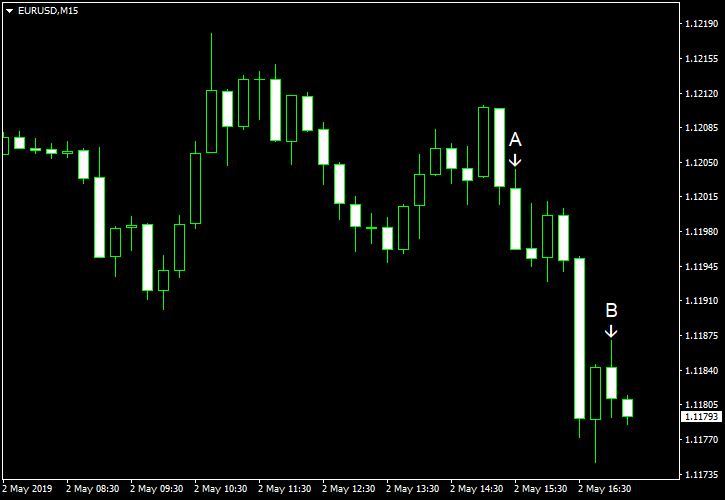