EUR/USD was attempting to rally intraday but retreated and is moving in range currently. The first half of this trading week was light on macroeconomic data in the United States, and traders were focused on escalating trade tensions between the USA and China as it seems that the trade negotiations are collapsing.
US crude oil inventories decreased by 4.0 million barrels last week instead of rising by 1.1 million barrels as analysts had predicted. The stockpiles were at the five-year average for this time of year. The week before, the reserves swelled by 9.9 million barrels. Total motor gasoline inventories fell by 0.6 million barrels and were below the five-year average. (Event A on the chart.)
Yesterday, a report on consumer credit was released, showing an increase by $10.2 billion in March from the previous month. That is compared to the median forecast of an increase by $17.0 billion and the February gain of $15.4 billion (revised up from $15.2 billion). (Not shown on the chart.) 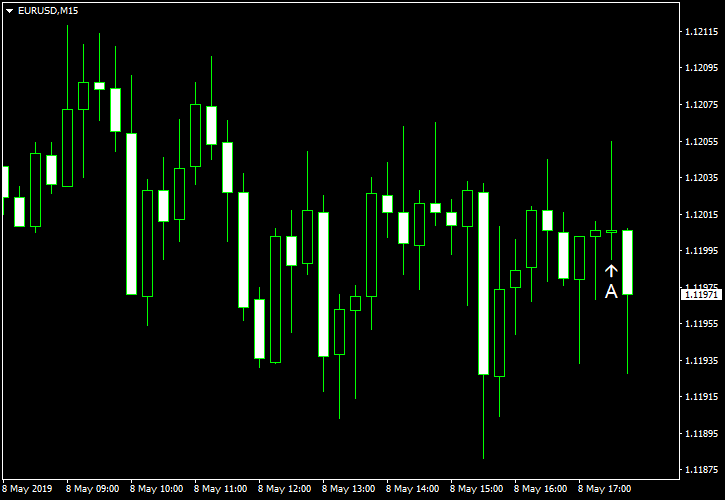