EUR/USD rallied today while traders were waiting for the outcome of US-China trade negotiations. US macroeconomic data was decent for the most part, though unemployment claims were disappointing.
PPI rose 0.2% in April, in line with expectations, after rising 0.6% in March. (Event A on the chart.)
US trade balance deficit widened to $50.0 billion in March from $49.3 billion in February, revised. Analysts had predicted a bigger increase to $51.4 billion. (Event A on the chart.)
Initial jobless claims fell just a bit from 230k to 228k last week, whereas analysts had predicted a much bigger drop to 215k. (Event A on the chart.)
Wholesale inventories slipped by 0.1% in March, while experts had thought that they would be unchanged, the same as in February. (Event B on the chart.) 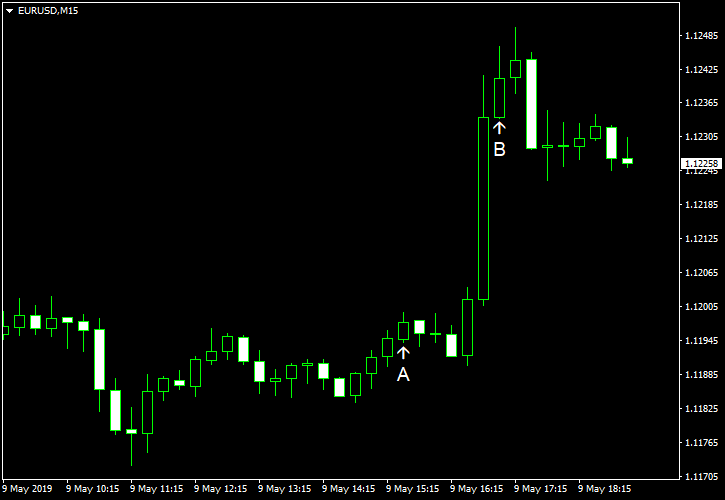