EUR/USD attempted to rally today but failed and is now trading below the opening level. The euro got temporary boost from the news that the United States will delay implementing new tariffs on European cars, but concerns about the upcoming European parliamentary elections and the Italian budget issue pushed the shared 19-nation currency lower. Positive US macroeconomic data also weighed on the currency pair.
Housing starts were at the seasonally adjusted annual rate of 1.24 million in April. That is compared to the median forecast of 1.21 million and the previous month’s revised value of 1.17 million (1.14 million before the revision). Building permits were at the seasonally adjusted annual rate of 1.30 million, up a little from the March reading of 1.29 million and in line with expectations. (Event A on the chart.)
Philadelphia Fed manufacturing index climbed from 8.5 in April to 16.6 in May, far above the forecast level of 10.0. (Event A on the chart.)
Seasonally adjusted initial jobless claims fell from 228k to 212k last week, below the median forecast of 220k. (Event A on the chart.) 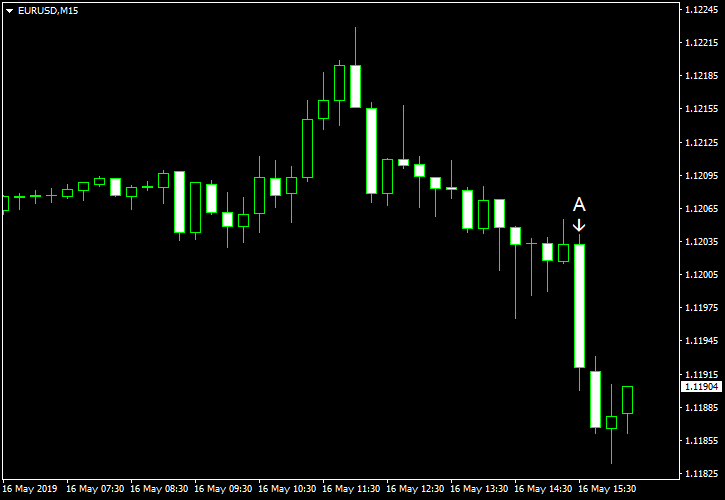