EUR/USD rallied today as all of US macroeconomic indicators released during the trading session were disappointing. That includes the manufacturing indices, which dropped, though remained in the expansionary territory. Speculations that the Federal Reserve may cut interest rates also bolstered the currency pair.
Seasonally adjusted Markit manufacturing PMI dropped to 50.5 in May from 52.6 in April according to the final estimate. That is compared to the preliminary estimate of 50.6 and the analysts’ median forecast of 50.8. (Event A on the chart.)
ISM manufacturing PMI dropped to 52.1% in May from 52.8% in April instead of rising to 53.0% as experts had promised. (Event B on the chart.)
Construction spending showed no change in April from March, whereas specialists had promised a 0.5% increase. On a bright side, the March reading got a significant positive revision from a 0.9% drop to a 0.1% increase. (Event B on the chart.) 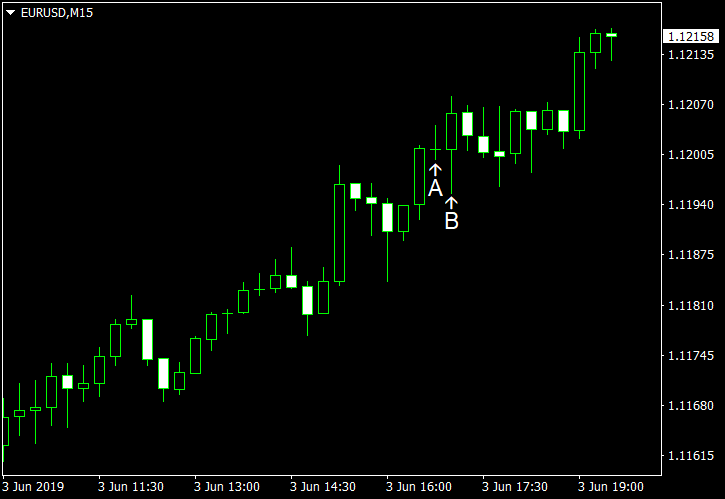