EUR/USD attempted to rally today but failed and is now trading about flat below the psychologically important 1.13 level. There were no particularly important macroeconomic releases today, either in the United States or in the eurozone. Tomorrow, US retail sales will draw the most attention, being considered a relatively major release.
Import prices dropped 0.3% in May, matching forecasts exactly, after increasing 0.1% in the previous month. Export prices fell 0.2% after they have increased 0.1% in April too. (Event A on the chart.)
Seasonally adjusted initial jobless claims decreased slightly to 222k last week from the previous week’s revised level of 223k (221k before the revision). The median forecast had promised a more significant decrease to 215k. (Event A on the chart.) 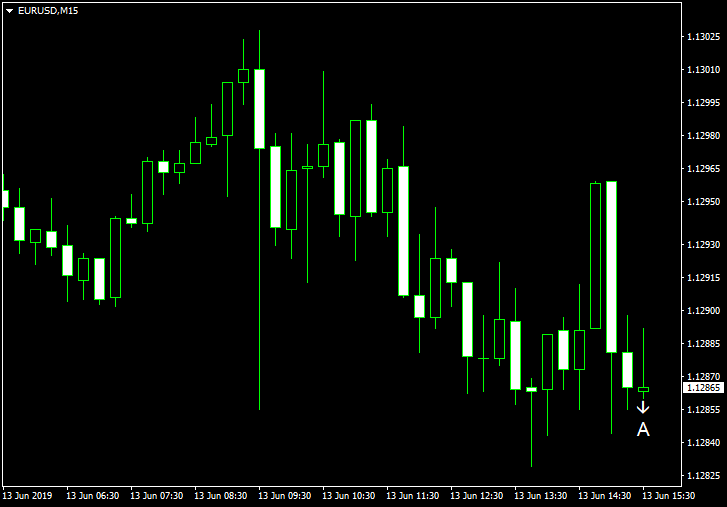