EUR/USD Declines After Attempting to Rally

EUR/USD attempted to rally but failed and is now trading below the opening level. There were just a couple of reports released in the United States today, none of which were particularly important, therefore US data was not the reason for the volatile moves of the currency pair.
Initial jobless claims fell to the seasonally adjusted level of 209k last week from the previous week’s revised level of 217k. Analysts had expected a much smaller decrease to 215k. (Event A on the chart.)
Wholesale inventories were unchanged in June from the previous month. Traders were expecting the same 0.2% rate of increase as in May. (Event B on the chart.) 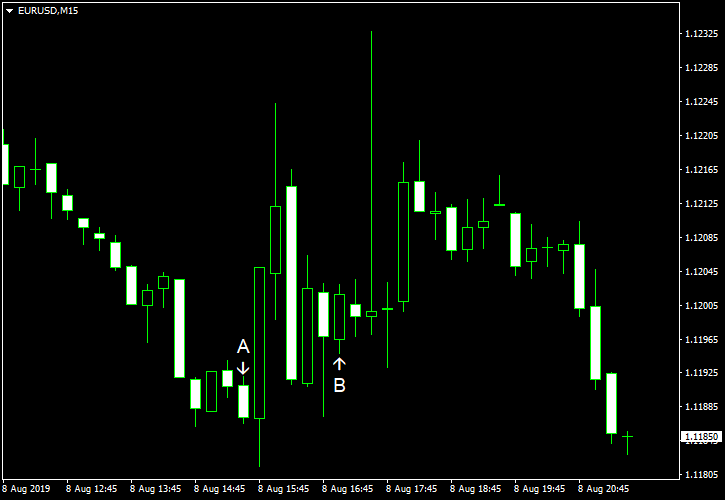