As to be expected, EUR/USD was volatile immediately after the Federal Open Market Committee released minutes of its latest monetary policy meeting. The currency pair rallied after the release but quickly backed off and is now trading firmly below the opening level. Ultimately, the notes did not provide much new information, and now traders wait for the speech of Fed Chairman Jerome Powell at the Jackson Hole Symposium later this week.
Existing home sales rose to a seasonally adjusted annual rate of 5.42 million in July up from 5.29 million in June. The actual value was in line with forecasts. (Event A on the chart.)
US crude oil inventories dropped by 2.7 million barrels last week, about two times the forecast amount. Still, they were above the five-year average for this time of year. The stockpiles increased by 1.6 million barrels the week before. Total motor gasoline inventories rose by 0.3 million barrels and were also above the five-year average. (Event B on the chart.)
FOMC released minutes of its July 30–31 monetary policy meeting at which the Committee lowered the target range for the federal funds rate by 25 basis points. (Event C on the chart.) The notes revealed that some policymakers would have preferred a bigger cut:

A couple of participants indicated that they would have preferred a 50 basis point cut in the federal funds rate at this meeting rather than a 25 basis point reduction. They favored a stronger action to better address the stubbornly low inflation rates of the past several years, recognizing that the apparent low sensitivity of inflation to levels of resource utilization meant that a notably stronger real economy might be required to speed the return of inflation to the Committee’s inflation objective.

But there were also those who thought that there is no reason to cut the rate at all:

Two members preferred to maintain the current target range for the federal funds rate. In explaining their policy views, those members noted that economic data collected over the intermeeting period had been largely positive and that they anticipated continued strong labor markets and solid growth in activity, with inflation gradually moving up to the Committee’s 2 percent target. One member also noted that a further easing in policy at a time when the economy is very strong and asset prices are elevated could have adverse implications for financial stability. 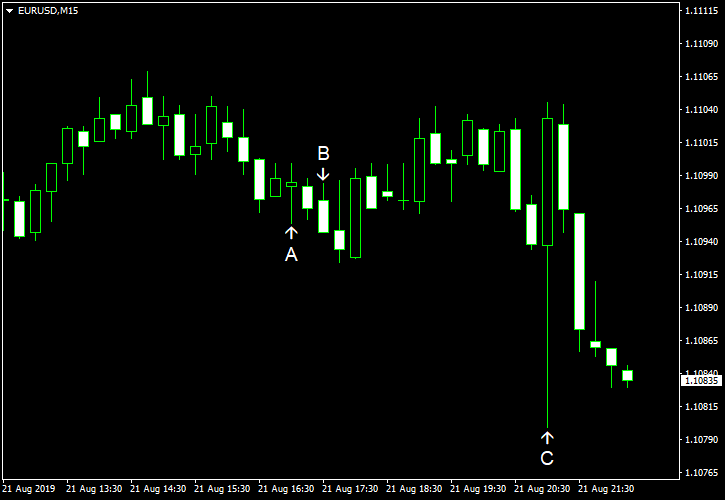