EUR/USD continued to fall today. If the currency pair closes below the opening level, that will mean that it was falling for every single day of the week. US macroeconomic indicators released during the trading session were mixed but that did not prevent the dollar from gaining on the euro.
Personal income and spending rose in July. Personal income increased by 0.1%, trailing analysts’ projections of a 0.3% increase. The gain in June got a positive revision from 0.4% to 0.5%. Personal spending rose 0.6%, exceeding the consensus forecast of 0.5% and the previous month’s rise of 0.3%. Core PCE inflation remained unchanged at 0.2%, while economists had predicted a small increase to 0.3%. (Event A on the chart.)
Chicago PMI climbed to 50.4 in August after falling to 44.4 in July. Experts had predicted a smaller increase to 48.1. (Event B on the chart.)
Michigan Sentiment Index dropped to 89.8 in August from 98.4 in July according to the revised estimate. That is compared to the analysts’ median forecast of 92.5 and the preliminary reading of 92.1. (Event C on the chart.) 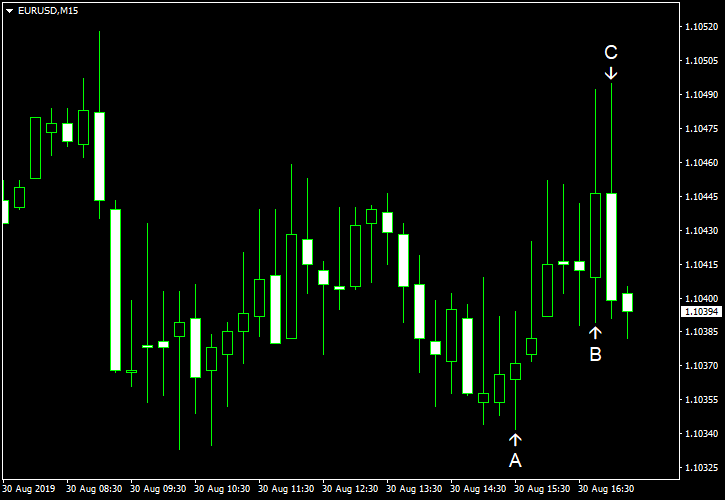