EUR/USD was extremely volatile after the monetary policy announcement of the European Central Bank. The currency pair sank initially following the event but quickly bounced, ultimately trading above the opening level. As was widely expected, the ECB cut interest rates and reintroduced quantitative easing. But the size of both the interest rate cut and the asset purchase program was smaller than dovish forecasts were predicting. (Event A on the chart.)
CPI rose by 0.1% in August on a seasonally adjusted basis, slower than in July (0.3%) and matching forecasts exactly.
Seasonally adjusted initial jobless claims were at 204k last week, down from 217k the week before. Analysts were expecting a smaller decrease to 215k. (Event B on the chart.)
Treasury budget deficit widened from $119.7 billion in July to $200.3 in August, far above the average forecast of $160.5 billion. (Event C on the chart.) 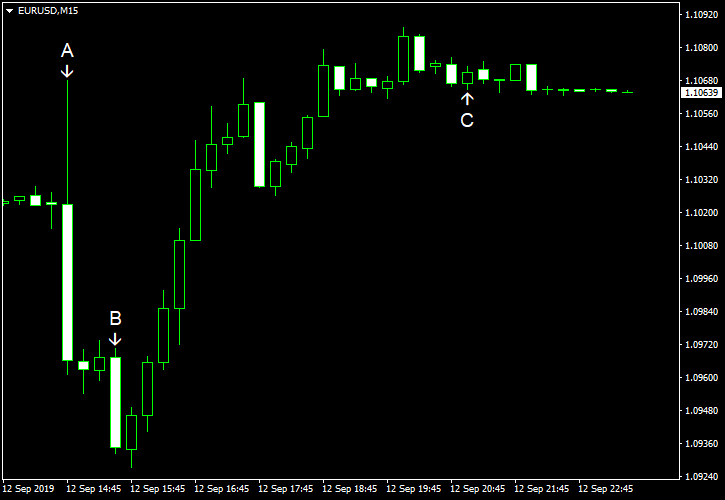