EUR/USD sank today as markets shrugged off the threat of impeachment of US President Donald Trump. Yesterday’s hardline comments from Trump about China put markets in a mild risk-averse mood. The currency pair accelerated its decline after the release of better-than-expected housing data in the United States.
New home sales were at the seasonally adjusted annual rate of 713k in August, up from the revised July rate of 666k (635k before the revision). Market participants were expecting a decline to 652k. (Event A on the chart.)
US crude oil inventories increased by 2.4 million barrels last week and were at the five-year average for this time of year. That is instead of falling by 0.3 million barrels as analysts had predicted. The stockpiles increased by 1.1 million barrels the week before. Total motor gasoline inventories increased by 0.5 million barrels. (Event B on the chart.) 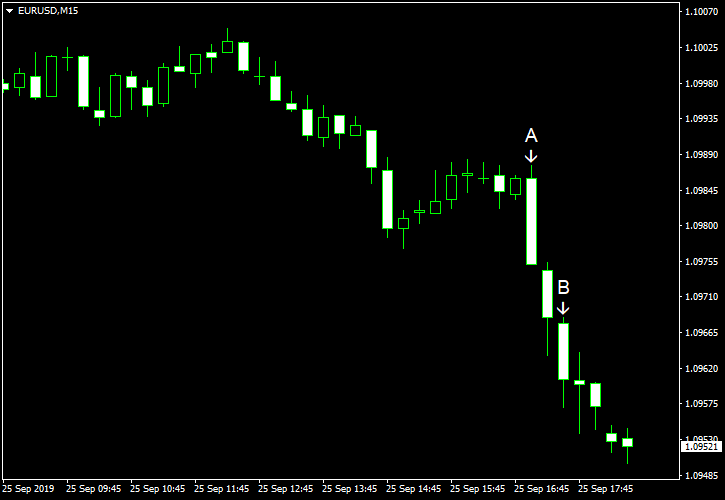